Warning: "continue" targeting switch is equivalent to "break". Did you mean to use "continue 2"? in /nfs/c06/h01/mnt/88637/domains/blog.irockcleveland.com/html/wp-includes/pomo/plural-forms.php on line 210
 I Rock Cleveland I Rock Cleveland | Pitchfork Music Festival Day 2: DJ Shadow 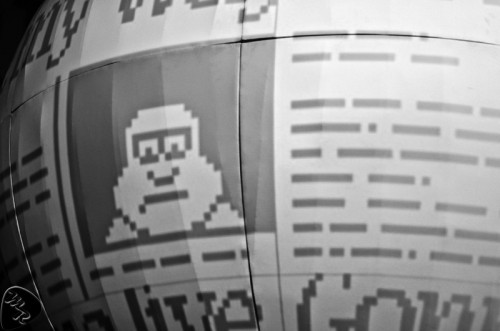 Do you see that image up there?  Consider yourself fortunate because most people watching the 7:25 set by DJ Shadow couldn’t make out a thing on that giant sphere sitting center stage.  In theory, DJ Shadow would have climbed into the sphere, laid down some blunted hip-hop, breakbeat, and drum ‘n’ bass, some cool graphics would have spun around and we would have had ourselves a dance party at Union Park.  Unfortunately, there’s this thing called the sun and that sun tends to still be bright around 7:25 in the summer.

Once, DJ Shadow decided to give up on the video portion of the A/V show and spun the Shadow Sphere around so the crowd could watch his mix mastery on the stage and not just the big screen, things did pick up a bit.  The man was like a surgeon as he studiously flicked his fingers across his mixer and digital turntables, sampling, scratching and twisting his way through cuts from 1996’s Endtroducing and 2002’s Private Press.

Eventually, yes, the dance party simmered, smoked (Definitely smoked), then spilled over onto to the festival grounds as people grooved, moved, and bopped about to Shadow’s skillful beats.  It was another case, however, of what could have been.  Should you catch DJ Shadow on tour, late night, in a proper setting, that set would have been so much more effective.  It would have commanded people into bottom shaking obedience. 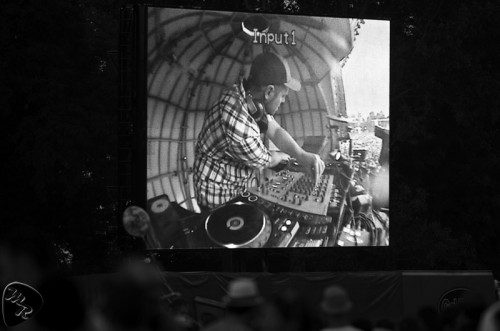 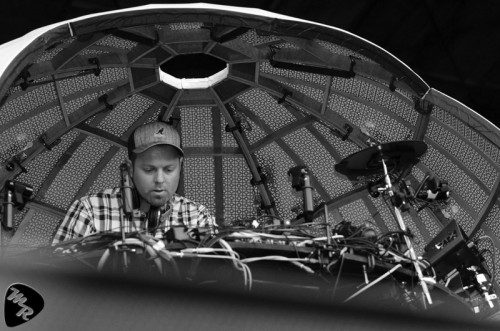