Warning: "continue" targeting switch is equivalent to "break". Did you mean to use "continue 2"? in /nfs/c06/h01/mnt/88637/domains/blog.irockcleveland.com/html/wp-includes/pomo/plural-forms.php on line 210
 I Rock Cleveland I Rock Cleveland | Pitchfork Music Festival Day 2: Off! 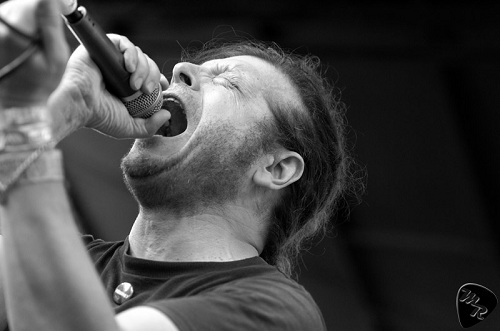 As the Sun Airway crowd exited the side stage Saturday afternoon, and the Off! crowd made their way in, the average age of the attendees immediately increased by a good ten, maybe fifteen years.  Off!’s Keith Morris, looked a little older, too.  One could see a bald spot between those trademark dreadlocks.  And, my did he seem cordial.  In carefully measured words, he gave the crowd a polite greeting and explained how his band were going to bring a different style to the festival.  He introduced bassist, Steven McDonald, a man Morris had known since McDonald was eleven and walked into a Black Flag practice.  That was a long time ago.  McDonald is now in his 40s.  Morris, then introduced himself, “I’m Keith, we’re called Off!”

And off, Off! went.  Morris’ eyes got scary intense. His neck veins popped. His brow pointed to a V.

That was before the first chord of “Black Thoughts.”  When McDonald, drummer Mario Rubalcaba (Rocket from the Crypt), and guitarist, Dmitri Coats (Burning Brides), lurched into that old-style, west-coast hardcore, Morris’ eyes got murderous wild and those veins were one good scare from exploding.

One minute and it was time for more 60-second vintage blasts — “Darkness,” then “I Don’t Belong.” Morris was all throaty yowl. Rubalcaba was all arms. McDonald and Coats, meanwhile, were all mops of whipping hair. You couldn’t see their faces as they needed their whole bodies to bang those strings so hard.

Hardcore, being a young man’s music, and, Off!, being an older man’s band meant there were brief breaks from the chaos for water and Gatorade and for Morris to collect his thoughts. He gave a wonderful and thoughtful speech as he introduced, “Jeffrey Lee Pierce,” a eulogy for his best friend. Oh, but when those chords struck, it was back to Mean Keith Morris and the scowl and more banging, thrashing and smashing and “Killing Away” and “Full of Shit.”

Later, Pleasant Keith Morris would take time to admire the nice cool breeze blowing over Union Park. It was a nice breeze.

Then, right on cue, mean Keith Morris returned just as the band began to pound out “Broken.” What a polite, well-behaved, and crazy, raging punk!

And, that’s another thing about hardcore punk. Off!, all being veterans of Rock ‘N’ Roll, could actually play their instruments. They were tight and had more than three or four chords. They’d lay down a slow, thick and sticky intro and quickly steer right into more rapid-fire riffs.

They were like kids again.  Ok, a little thicker around the waist, but they were sure having just as much as fun as they did during those early days.  For they’re not playing hardcore as adults to rebel or to belong to a scene. It’s a style of music they love, and it is still an effective release when you have to live with people. For people, honestly, do stupid shit and sometimes the best response is to yell, yell like it’s your last breath and it’s your goddamn right to be heard. 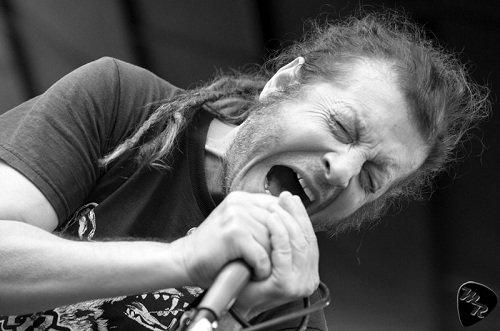 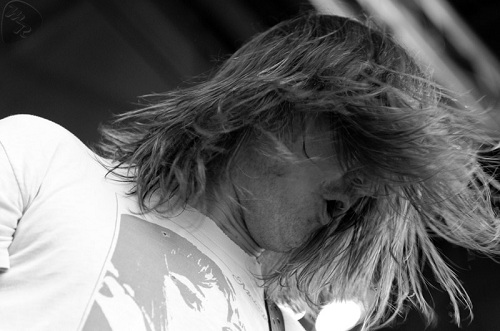