Warning: "continue" targeting switch is equivalent to "break". Did you mean to use "continue 2"? in /nfs/c06/h01/mnt/88637/domains/blog.irockcleveland.com/html/wp-includes/pomo/plural-forms.php on line 210
 I Rock Cleveland I Rock Cleveland | 2011 Pitchffork Music Festival Day 3: Superchunk 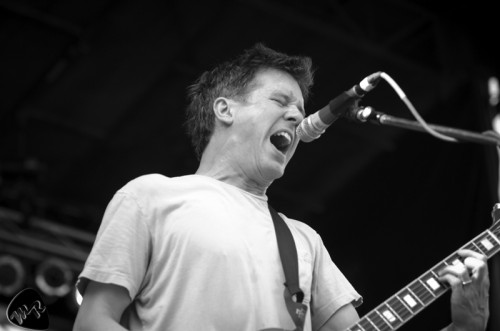 There are times, like during Superchunk’s early evening set on Sunday, or like Guided by Voices set on Friday, or like The Jon Spencer Blues Explosion’s performance during the 2010 Pitchfork Music Festival, where I wish I could force some of those younger bands and younger fans to sit through a show and make them take notes on what it means to play Rock ‘N’ Roll.  Here’s a hint, it takes more than strumming your guitar and singing your songs.

From the moment they took the stage, guitarist and lead vocalist Mac McCaughan was a whirlwind of action, recklessly throwing his body and guitar around for extra oomph.  While bassist Laura Ballance, whose well-defined biceps would seem to indicate she’d been training for this day, was a non-stop hopper, pogoing up and down as she pulled those strings. Time and again, McCaughan and Ballance, both seemingly oblivious to the risk exhaustion, would look as if they were on the brink as they furiously worked every muscle to crank out that scratchy, kinetic, and screeching guitar sound, and time and again they’d snap right back up when it was time for the next number.

While it was expected that songs like “Throwing Things” from 1991’s No Pocky for Kitty, and “Detroit Has a Skyline” from 1995’s Here’s Where the Strings Come In, would be crowd-pleasers, newer songs like “My Gap Feels Weird” and “Digging for Something,” both from 2010’s Majesty Shredding, also had people in the audience singing along.  And speaking of crowd-pleasers, “Hyper Enough,” again from back in ’95, inspired a small pogo pit, front and center.  For like McCaughan and Ballance, Superchunk fans had no fear of the heat, either.  Even if they were dead on their feet, bands and fans alike still had enough left in them to power through to the chorus of, “Slack Motherfucker.”  We may have shouted, “I’m working/But I’m not working for you/Slack motherfucker,” but today, we all worked together through some mighty difficult conditions for one goal: A memorable show.  We got it, too. 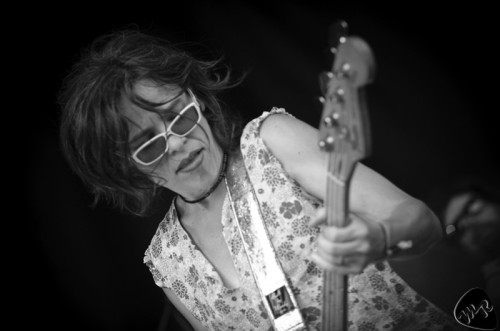 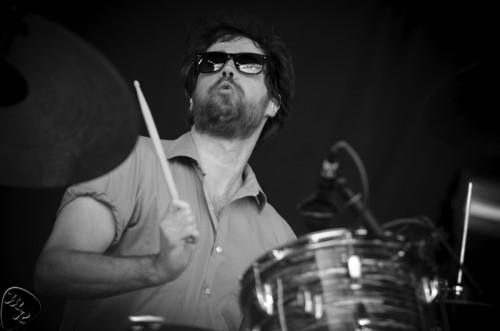