Warning: "continue" targeting switch is equivalent to "break". Did you mean to use "continue 2"? in /nfs/c06/h01/mnt/88637/domains/blog.irockcleveland.com/html/wp-includes/pomo/plural-forms.php on line 210
 I Rock Cleveland I Rock Cleveland | 2011 Pitchfork Music Festival Day 3: Kurt Vile and The Violators 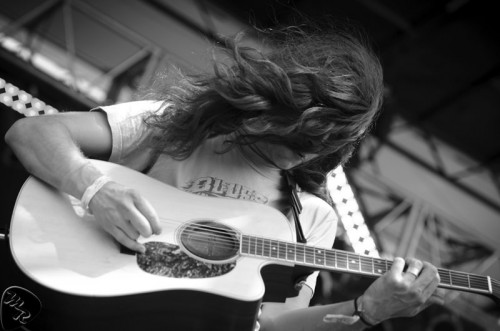 While some bands struggled with Sunday’s oppressive heat, (There was a moment when it appeared Yuck would abandon their set, Ariel Pink did just that) others, like Philadelphia’s Kurt Vile and the Violators thrived in this setting.  With a touring lineup featuring three guitars and a drummer, theirs was a set-up and a sound custom-made for this day.  Songs like “On Tour,” “Jesus Fever,” “Runner Ups,” and “Society Is My Friend,” which were carefully detailed and practically folksy on Vile’s latest album, Smoke Ring for My Halo, became both bluesier and ballsier with those three longhairs on guitar injecting filthy, delta riffs and ratcheting static wherever and whenever they could find space.  It was on the boggie-blues, and a whole lotta loud of “The Hunchback,” from 2009’s Childish Prodigy, however, where the Violators really delivered.  Thanks to the industrial fan sitting center-stage, Vile’s hair flapped in the wind as he slackly drawled through his lines.  While the second and third guitarists punched the sickest, meanest and sweetest licks.  To the Violators, and those in the audience that didn’t skip out early to score prime space for Odd Future, that heat didn’t mean a damn thing but high time for some dirty, sweat Rock ‘N’ Roll. 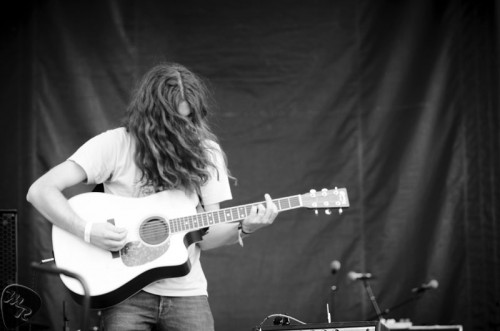 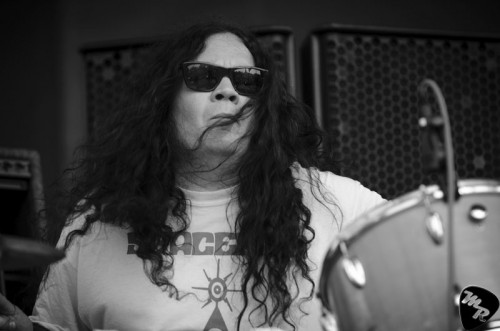 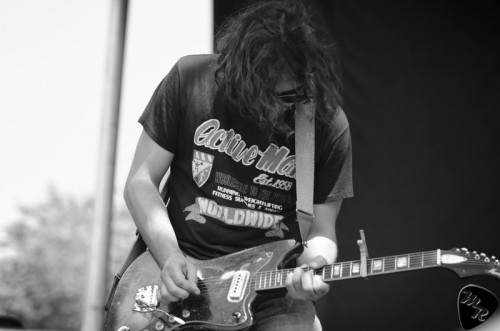