Warning: "continue" targeting switch is equivalent to "break". Did you mean to use "continue 2"? in /nfs/c06/h01/mnt/88637/domains/blog.irockcleveland.com/html/wp-includes/pomo/plural-forms.php on line 210
 I Rock Cleveland I Rock Cleveland | 2011 Pitchfork Music Festival Day 3: Kylesa 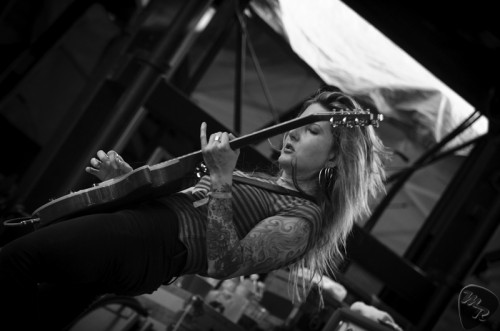 Being the lone defender of an entire genre of music can be an awkward role for a band at a music festival.  As the only hardcore punk band at the 2011 Pitchfork Music Festival, Keith Morris and Off!, had some concerns how well their set would go over on Saturday.  Of course, their raging performance and the crowd’s enthusiastic and receptive attitude toward their music, quickly eviscerated those doubts.  Similarly, the festival’s only heavy band, Savannah, Georgia’s Kylesa had to have been harboring some uncertainty, too.  Would the pop kids and dance kids stick around?  Would there even be enough heavy fans on the festival grounds to warrant their inclusion?  Honestly, it didn’t matter.  Kylesa had the musical chops and the intensity to snap you to attention even if your intention was to hide in the shade on the side stage.

Though quickly defined as stoner rock, this five piece brought so much more to their performance.  The two drummers provided a constant, almost tribal thump to the mix, yet were adept and connected enough to maneuver the band through any number of styles.  One moment there would be throaty shrieks.  The next, it might be a psych-rock freak-out.  Later that thunderous rumble segued to a rhythmic percussion suite, an old-fashioned thrash-fest, and yes, some gooey, doom.  They were unpredictable; The quality of their sound, at the same time thunderous and clean, was easily the best of the weekend; And, they even inspired a circle pit.  Just be forewarned, you dance and pop kids who bared witness to the power Kylesa, once you do go heavy, it’s hard to go back to the days of sweet dance and twee. 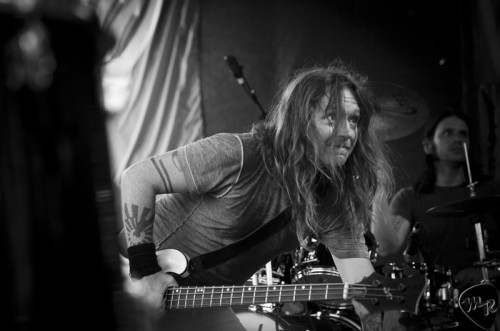