Warning: "continue" targeting switch is equivalent to "break". Did you mean to use "continue 2"? in /nfs/c06/h01/mnt/88637/domains/blog.irockcleveland.com/html/wp-includes/pomo/plural-forms.php on line 210
 I Rock Cleveland I Rock Cleveland | Live Review: The Joy Formidable and Hot Cha Cha @ The Rock ‘N’ Roll Hall of Fame 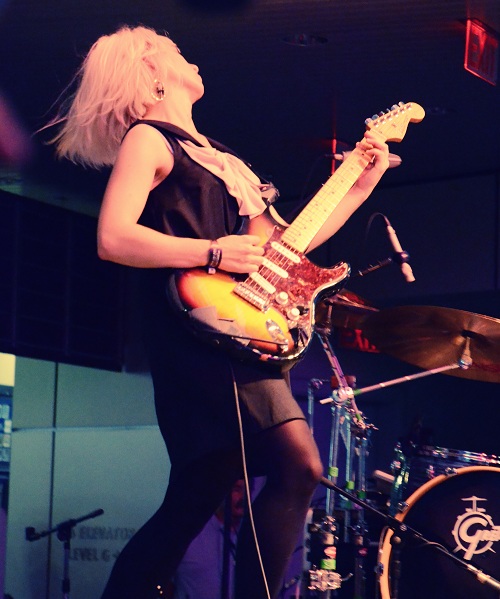 How can a young band who’s new to the scene win over a crowd in less than 5 minutes?  The answer is simple — Have fun up there.  Maybe I’m too much of a hipster, and maybe I spend too much time at hipster bars and hipster music festivals, but bands these days, even the ones with the biggest buzz behind them, often falter in the most basic task of entertaining the crowd.

The Welsh trio, The Joy Formidable, had no such problem Wednesday night in front of a packed crowd in the Rock ‘N’ Roll Hall of Fame’s atrium.  It may have only been an early evening, free show in Cleveland, but to these youngsters being able to play the Rock Hall was like being the headliner at Glastonbury.  It was an opportunity to savor;  They brought their clean clothes;  They brought smiles and genuine enthusiasm;  They marveled at the building, and the large crowd assembled inside; And then, they brought their loud.

Like Scottish bands Glasvegas, and The Twilight Sad, Ritzy Bryan (lead vocals/guitar), Rhydian Dafydd (bass/backing vocals), and Matt Thomas (drums), pepper their pop songs with healthy amounts of noise. Both Bryan and Dafydd, had large effects boxes at their feet, filled with 15, maybe 20 pedals each. They weren’t afraid to use them. Bryan, in particular, produced a much bigger sound than one would expect from such a slightly built blonde, in black dress and black stockings. Her guitar wailed and reverberated across the hall’s big open spaces.

Bryan’s voice was impressive, as well. Sweet, sprite-like, and with a bit of an accent, it would rise with the band’s melodies, reaching, but never straining, to match those grand, arching moments.

While the ovations may have come early and often, the biggest reaction was saved for the end. The trio absolutely slayed their current single, “Whirring,” tossing aside the established, soft-loud-soft dynamic for a ratcheting feedback frenzy. Bryan and Dayfdd traded in their sunny, playful dispositions for looks of ragged intensity. An impenetrable squalor filled the hall as the two took to their knees to wrangle out more static and more shrieks from their overloaded gear. The crowd, meanwhile, ate it up, sending the trio off with a rowdy applause. 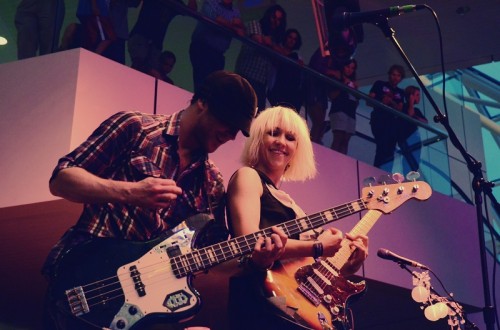 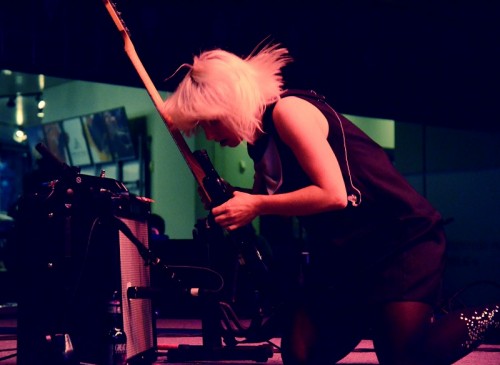 Cleveland band, Hot Cha Cha also benefited from the Rock Hall’s surprisingly strong sound system.  Featuring a refurbished rhythm section (The bassist was playing one of his first shows with the band), they sounded bigger and bolder than ever before.  In the past, words like dance-punk or art-punk would have been a fitting description for the precise, skittish grooves laid down by this quartet.  This night, however, those dashes were ditched for a noisier, more aggressive sound.

As always, Batkovic did her best to engage and entertain the crowd.  It took one half of one song for her to climb down from the stage and start singing from within the audience.  Later, she invited a young girl to sing on stage while she whirled about the floor.  Ok, the young one only held the mic, too paralyzed to even speak, let along sing, no matter how much positive encouragement Batkovic gave her.  Still, it was a sweet moment and one that will live with that kid for a long, long time. 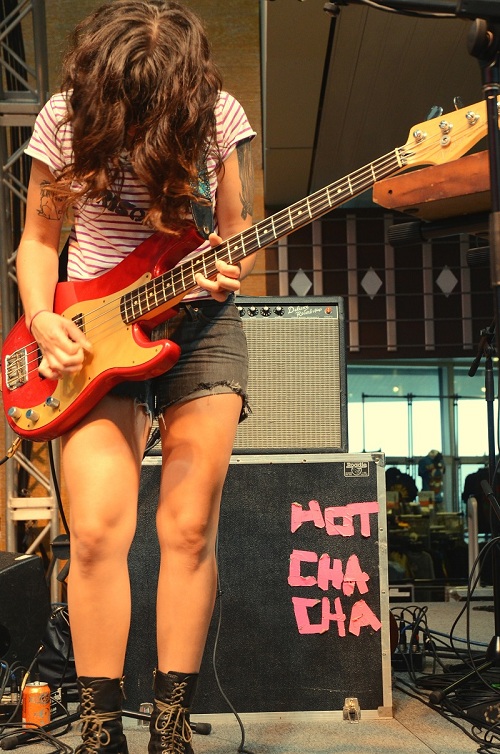 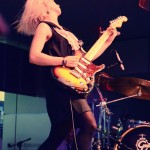 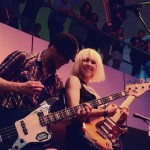 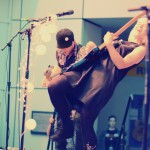 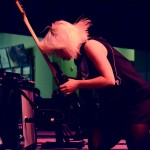 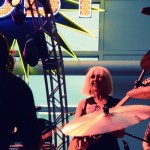 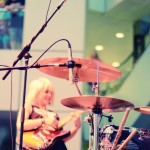 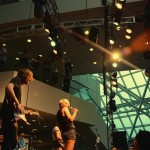 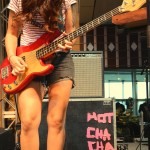 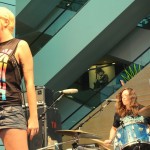 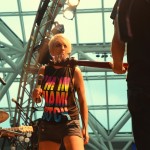 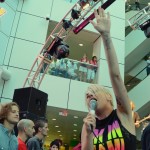