The Rockometer: Marble Son by Jesse Sykes and the Sweet Hereafter 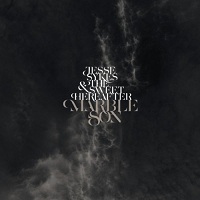 Considering how Marble Son has been billed as Jesse Sykes’ electric rock album, it’s surprising how little its opening track, “Hushed by Devotion” does to further this story line. Yes, Sykes’ voice is as brilliant as ever — Husky, smoky, and a little rough around the edges; Nuanced, foreboding, and surprisingly calm. The problem is not Sykes, but her backing band, The Sweet Hereafter, who are thoroughly unconvincing as a heavy psych-rock outfit. The riffs wander with little direction. Heavy chords are painted in a color-by-numbers style. It’s as if their education in the genre began and ended in the early ’70s.

Thankfully, for an album billed as an electric rock album, Marble Son, offers far more than poorly plotted reenactments of ’70s bombast. There’s the title track, a number whose feigned outburst, simply plucked chords, and tasteful arrangements convey mystery and wonder much better than the opener, and does so with far less volume. The somber tones of “Servant to Your Vision,” offer similar pleasures, while working in a more familiar alt-country milieu. Later, “Be it Me, or Be It None, dazzles with a minimal drone, well-spaced guitar lines and a slight, hushed chorus. While the plainly titled instrumental track, “Instrumental,” ties the spirit of the old West with the mindfulness of the Far East during a sparse and spacey excursion analogous to the cinematic work of Portland, Oregon’s Grails. It is not only a great example of what Jesse Sykes and the Sweet Hereafter are capable of when they take a more open, less literal approach to psychedelic music, but also provides an elegant segue to another one of the album’s unquestioned highlights, “The Birds of Passerine.” Here, like the title track, the song’s climax is implied (It threatens, but never does explode into a cavalcade of sound), as a barren and eerie arrangement of guitar and pedal steel embraces Sykes’ aching vocals, definitively proving in this case bigger is not necessarily better, and adding more guitar is not the same as producing a more powerful work of art.  Quiet can do just fine on its own, thank you.  8 out of 10 on The Rockometer.

MP3: Jesse Sykes and the Sweet Hereafter – Come to Mary