Warning: "continue" targeting switch is equivalent to "break". Did you mean to use "continue 2"? in /nfs/c06/h01/mnt/88637/domains/blog.irockcleveland.com/html/wp-includes/pomo/plural-forms.php on line 210
 I Rock Cleveland I Rock Cleveland | The Rockometer: Skying by The Horrors

The Rockometer: Skying by The Horrors 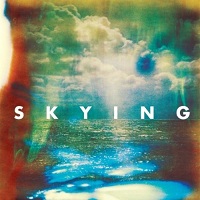 The Horrors
Skying
XL/Beggars US

Although Skying is technically the third album by The Horrors, it feels more like the follow up to a debut.  For the band that is The Horrors today, while the same in name and same in membership, is so far removed from the 2007 buzz band who burst onto the scene with an electric and frenetic take on the gothic punk of bands like The Cramps, that it hardly seems relevant to bring up that album, Strange House.  Gone is the style.  Gone are those cheeky nicknames of Joshua Von Grimm, Faris Rotter, and Spider Webb.  Gone is that sound.

With the aid of Portishead’s Geoff Barrow, they completely remade themselves between albums one and two, working elements of krautrock, new-wave and shoegaze into their mix, trading in the brashness of youth, and a short shelf-life, for more refined arrangements and the beginnings of a real career.  Adding to the feeling that this is the real album number two, is the fact that Barrow, a man undoubtedly responsible for much of studio geekery on 2009’s Primary Colours, removed himself from the recording of Skying, instead opting for the role of mentor or guru.  He basically slapped the lads on the back and sent them on their way to go it alone, confident in his belief that he had taught them all they needed to know.

To that end, Skying plays as a continuation of Primary Colours.  Lead singer Faras Badwan has become stronger and more confident (His voice bears an uncanny resemblance to The Psychedelic Furs’ Richard Butler at times), while he and his bandmates have retained Barrow’s method of building songs with carefully stacked layers and obscure textures.   On the opening track, “Changing the Rain,” Badwan sings in long, exaggerated, and slightly accented tones (Again, think Butler) as he is accompanied by elegantly swirling keyboards and a beat which can best be described as a backwards shuffle.  The melody, meanwhile, is pure John Hughes romanticism, fit for an ’80s, coming of age movie soundtrack.  The breathy “You Said,” works in more trickery as guitars, samplers and keyboards are twisted and processed into tidy, chopped bits in the back of the mix with larger, sweeping notes occupying the front along side Badwan’s tender croon.  Another early highlight is provided by “Endless Blue.”  It builds on the airy, delicate vibes of the album’s opening numbers, there has to be four, maybe five, maybe more keyboard melodies stacked in the intro, before a throbbing, almost-industrial guitar riff appears, inspiring Badwan to take on a glam-like persona akin to Bowie’s space alien.

Barrow has indeed taught these boys well.  While each song is loaded with tasty headphone nuggets, numbers like the new-wave ballad, “Still Life” and the dream-pop of “Wild Eyed,” where the drums are seemingly the only instrument to survive extreme tweaking, still manage to work as pure pop songs.  Key here is no matter how many tracks are stacked in a particular song, and no matter how much those tracks were fretted over in the studio, there’s always more room.  Not every instrument is played at the same volume at the same time, a tactic often missed by young bands with dreams of grandness.  Consequently, when The Horrors do stray from their basic formula, as they do on the motorik, work out, “Moving Further Away,” and again on the album’s closer, “Oceans Burning,” which itself  incorporates elements of ambient drone and one head swirl of a climax, they don’t feel like indulgences, but rewards, for both band and listener.

MP3: The Horrors – Moving Further Away