Warning: "continue" targeting switch is equivalent to "break". Did you mean to use "continue 2"? in /nfs/c06/h01/mnt/88637/domains/blog.irockcleveland.com/html/wp-includes/pomo/plural-forms.php on line 210
 I Rock Cleveland I Rock Cleveland | The Rockometer: Slave Ambient by The War On Drugs

The Rockometer: Slave Ambient by The War On Drugs 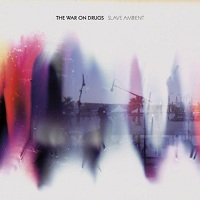 The roots of Slave Ambient, the new album by Philadelphia musician, Adam Granduciel, and his band, The War on Drugs, can be traced back to Bob Dylan and classic albums like Wilco’s Yankee Hotel Foxtrot and Grandaddy’s Sophtware Slump.  If album reviews were based on references alone, then Granduciel’s Slave Ambient would be a ten out of ten, end of story.

The roots of Slave Ambient can also be traced back to one of Granduciel’s old bandmates, Kurt Vile, and the time he spent in the War on Drugs.  This part of Slave Ambient’s genesis proves to be a bit trickier.  No matter who came up with the sound — A slacked, relaxed take on American folk, mixed with depth and driven by brightly picked guitar tones — the impression will be that Vile did it first.  After all, he’s already made a good name for himself in underground circles with his last two albums (2009’s Childish Prodigy and this year’s Smoke Ring for My Halo) while Granduciel has remained relatively obscure.

Consequently, many, like myself, will want to pick apart Slave Ambient and sort out the differences between the two Philadelphia artists.  Vile, for one, writes his melodies and lyrics in a more free-flowing manner, paying less attention traditional verse, chorus, verse song structure.  He’s also never shied away from dropping a classic, hard-rock guitar riff into the mix.  Granduciel, on the other hand, uses more keyboards and synths in his songs and doesn’t have quite the same wandering spirit as Vile.

“Come to the City,” in particular utilizes a suite of warm, electronic sounds as it eases along at a comfortable gait. While “Baby Missiles,” uses a similar strategy to cloak a song written in the style of early Tom Petty.  Songs like, “Your Love is Calling My Name,” and “I Was There,” prove to be a bit more troublesome, however.  The former has a motorik beat much like Vile’s “Freak Train,” even if the end result is much less freakier.  While the latter, with its patient pacing and nimble, slicing guitar melodies, is practically an outtake from Smoke Ring.

Whether fair or not, Granduciel will have to deal with the assumption that Vile had that sound down first, and as anyone who follows American politics can tell you, the truth is often less important than what the people believe to be true.  Death Panels and socialized medicine made a difference in the health care debate.  Many in the right still use mythical violence to shape immigration policy.  There was the birth certificate, and the perceived creep of Sharia law, and we could go on and on.  Vile’s Smoke Ring for My Halo was released in the Spring and the War on Drugs’ Slave Ambient just came out in late summer.  It makes a difference.  6 out of 10 on The Rockometer.