Warning: "continue" targeting switch is equivalent to "break". Did you mean to use "continue 2"? in /nfs/c06/h01/mnt/88637/domains/blog.irockcleveland.com/html/wp-includes/pomo/plural-forms.php on line 210
 I Rock Cleveland I Rock Cleveland | The Rockometer: 13 Chambers by Wugazi 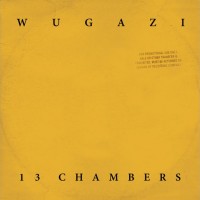 Ostensibly, a mash-up of the post-hardcore band, Fugazi, and the hip-hop gang, The Wu-Tang Clan, Wugazi’s 13 Chambers plays more like an old-school rap album, or a direct collaboration between these two legendary artists, than the work of two producers (Cecil Otter & Swiss Andy) hunkered down in the Midwest.  The seamlessness of the source material is that striking.

Another surprising aspect of 13 Chambers, in addition to the fact that this mash-up works at all, is the funkiness of Fugazi’s contributions.  They’ve been called a lot of things in their day: Punk, post-punk, post-hardcore, influential, inventive, fiercely DIY, but the word funky, was rarely if ever used.  Yes, Fugazi laid down some funky grooves in their day.  The sparse, bass and organ of “Afterthought” plays like a dusty, old R&B groove, and that’s how its used by Wugazi, here on “Ghetto Afterthought,” as Ghostface Killah’s verse from “Special Delivery” is mixed with ODB’s “Ghetto Superstar.”

Also key to the success of 13 Chambers, is the nature of the instrumentals pieced together by Wugazi.  You may have never thought of Fugazi in such a way in the past, but their music was tailor made for a rap collaboration.  Bassist Joe Lally and drummer Brendan Canty worked everything from dub, reggae, soul and jazz into their rhythms (Check how the dubby, accented beats of “Floating Boy are spliced into “Floating Labels”), while Fugazi’s two guitarists, Ian McKaye and Guy Picciotto, often split duties between high end and low.  As a result, there’s space to be found in even their most aggressive numbers.   The sharp bits of guitar of”Facet Squared” are able to slip nimbly next to Method Man’s “P.L.O. Style” in “P.L.O. Squared,” while on “Shame on Blue,” the ominous guitar shards of “Blueprint” up the mad-cap personality of ODB displays on “Brooklyn Zoo.”   That’s not easy to do.

In the end, Wugazi’s 13 Chambers nearly pulled off the impossible: Reuniting the forces of rock and rap for good after years of damage done by the likes of Kid Rock and Limp Bizkit.  And, the only reason their mission wasn’t a complete success has nothing to do with anything on 13 Chambers (This mix is flawless from front to back), but everything to do with those goofballs who recorded that junk, fucking horrible Jack White and ICP rap song that hit the webs last week.  Yes, Jack White, I don’t care if that track was meant to mess with the general public or not, it was junk, fucking horrible, and you deserve to be included in the same sentence with Limp Bizkit for releasing that shit. 10 out of 10 on The Rockometer.

Note: A complete breakdown of the samples used on 13 Chambers can be found on this article published at Rolling Stone.  You can download the rest of the album for free from the Wugazi website.