Warning: "continue" targeting switch is equivalent to "break". Did you mean to use "continue 2"? in /nfs/c06/h01/mnt/88637/domains/blog.irockcleveland.com/html/wp-includes/pomo/plural-forms.php on line 210
 I Rock Cleveland I Rock Cleveland | The Rockometer: In the Grace of Your Love by The Rapture

The Rockometer: In the Grace of Your Love by The Rapture 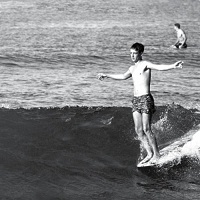 The Rapture
In the Grace of Your Love
DFA Records

Similar to The Strokes, The Rapture are another NYC band who peaked during the early part of the past decade with their debut album, whose star gradually dimmed with each successive release, took a lengthy break, and who’ve returned in 2011.  The Rapture were big names in the dance-punk craze.  The Strokes, meanwhile, found similar success with their stricter reconstruction of 1970’s NYC punk, of course.  Those distinctions aren’t necessarily important here, but do serve as a reminder of where underground music has been in the past ten years.  What is important, is that like The Strokes and their latest release, Angles, The Rapture’s In the Grace of Your Love, is the type of album that will remind the listener of past glories, and, make it abundantly clear (Rather quickly, I should add) that this particular album is not the return to form you had hoped it would be.

Oh, it all starts promising enough.  Lead cut, “Sail Away,” rides its high-hat and snare to dance anthem heights as vocalist/guitarist Luke Jenner showcases some mighty dynamic pipes and producer, Philippe Zdar, pushes all the right buttons, working a full, nuanced and detailed mix.  The extended outtro may turn some off.  Noodling is a good way to describe how keys and saxophone mill about the track.  Still, it’s good introduction to how Zdar works — Mixing both foreign and familiar elements into his artist’s repertoire.

Unfortunately, any goodwill earned by “Sail Away,” is quickly undone by an unconvincing attempt at blue-eyed soul (“Miss You”) and the awkward, forced falsetto of “Blue Bird.”  Think the Bee Gees laid upon a krautrock groove.  Better yet, don’t think about that.  You’ll be better off.

Do you want to get your ears around the groovy, minimalist beat of the title track?  Well, you’ll have to listen to The Rapture do dubstep first (“Come Back to Me.”)  That signature high-hat and snare beat returns for the synth-pop of “Children.”  Unfortunately, to get there, you have to force your way through Jenner repeating the phrase “Roller coaster,” over and over and over again on, you guessed it, “Roller Coaster.”

Perhaps, the most frustrating part about listening to In the Grace of Your Love, is that the work of Zdar is all but wasted on such an uneven set.  Nearly every track has an element about it that absolutely kicks — Maybe it’s the beat, or some tweaked out synthesizer sound, or some bits of diced up guitar — And nearly every track does its best to undo that work either through poor stylistic choices (Also see “Can You Find a Way” and ’90s electro-soul) or through Jenner’s total lack lyrical insight (Also see “Can You Find a Way?”)  The Rapture are back all right.  It’s just too bad they didn’t leave half of this album behind.  5 out of 10 on The Rockometer.

VIDEO: The Rapture – How Deep Is Your Love