Warning: "continue" targeting switch is equivalent to "break". Did you mean to use "continue 2"? in /nfs/c06/h01/mnt/88637/domains/blog.irockcleveland.com/html/wp-includes/pomo/plural-forms.php on line 210
 I Rock Cleveland I Rock Cleveland | The Rockometer: Neverendless by Cave 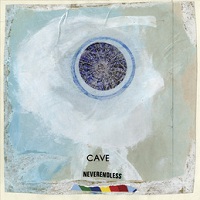 Like their neighbors in Disappears, the Chicago outfit Cave have placed themselves at the forefront of the new Neu revival with the release of Neverendless.  And while working elements of German electronic music into Rock ‘N’ Roll is hardly novel (Search this website for motorik or krautrock and any number of bands will pop up), what is different, is how reverential modern artists are treating their source material.  It’s as if they’re trying to make careers out of variations on two songs —  “Hallogallo” and “Fur Immer.”

Thankfully, there are moments on Neverendless where Cave do bring some much needed personality to the mix.  Well, maybe personality isn’t the right word.  Music this technical and this precise didn’t birth the term motorik because of its imagination, and songs like “WUJ,” “Adam Roberts and “OJ” don’t do enough to distinguish themselves from their source.  Let’s say there are times when the band displays a calculated willingness to explore experimentation with a musical style renowned for its mechanical underpinnings.  It’s wordy, I know, but how else does one communicate being creative and showing an openness to alternatives when one is living within self-imposed constraints?  Baby steps?  The phrase “Baby steps” sounds too much like a catch-phrase from an ’90s movie and I’m not about to compare a serious rock band to a Bill Murray role.

On “This is The Best,” the traditional  4/4 beat of krautrock becomes syncopated, disorienting the listener from the gathering groove behind it as pointed bursts of guitar and spontaneous shouts further frazzle the sturdiness of this fourteen minute feat of musical engineering.  It’s a long and patient build, but oh, is it worth it for that moment when precision veers tantalizingly close to outright indignation.  Later, the guitar and bass on “On The Rise,” are practically elastic as they chase each other up and down the same scale, occasionally taking detours, but always finding their way back to the underlying melody.  It’s steady without being predictable, and mesmerizing with a sense of movement, and in the end it’s enough to make Neverendless more than your ordinary “Fur Immer” impersonation.   7 out of 10 on The Rockometer.