The Rockometer: The Hunter by Mastodon 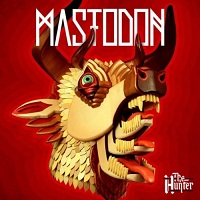 Attention headbangers and metal enthusiasts:  Before you get all chaffed because Mastodon went ahead and threw a handful of radio-friendly unit shifters on their latest album, The Hunter, ask yourself this question: In streamlining their progressive metal sound from head-spinning epics about Moby Dick, the Russian Empire, and who knows what else, into more concise, but still bludgeoning three to four minute pieces, have they really lost any of that essence that made Mastodon who they are?  To these ears there are still plenty of insanely complicated speed riffs to be found within The Hunter’s 13 tracks.

Still thinking sell out?  Consider the career of another Southern metal band, Torche.  During the fast few years, they’ve streamlined their sound to the point that they’ve become a power pop/metal hybrid, and yet, their two minute, melodic thrashings never fail to hit that sweet, heavenly, heavy spot. The same can be said of Mastodon.  “Blasteroid” may be as melodic as anything the band has recorded to date, and yet, instead of opting for the obvious chorus, they throw down those corrosive, mind-melting riffs.  It’s still Mastodon, but it hits quick. Hell, to many, the heavy metal boogie of “Curl of the Burl,” and the Alice in Chains meets Ozzy mind meld, of “Dry Bone Valley,” are positive steps forward for a band who by simply being themselves have erected needless barriers preventing entry for others who may want to get in to the shredfest.

Plus, it’s not like any track by Mastodon, or Torche for that matter, is about to end up on a commercial for an American luxury car manufacturer. The Black Keys have that market cornered, and as much as change is equated to selling out in the underground, this change doesn’t appear to be about a cash grab. Even the title track, “The Hunter,” a number which would have been a power ballad in another era, isn’t nearly pop enough to make its way to high school proms and weddings.  A second slow number, “Creature Lives,” complete with its own pose with your foot on the amp and ham it up to the crowd moment, is about an alien swamp creature.  Again, unless, we’re talking about metal proms and metal weddings, there’s no reason to fear.

Still not buying it, are you?  Let’s put it this way.  By releasing their most straightforward album to date, Mastodon have positioned themselves perfectly for a follow-up based entirely on France’s Reign of Terror from 1793-1794.  It will be epic.  It will be violent. It will have beheadings, violently epic beheadings, and everyone will be happy.  You, the long time fan will have the twisted tales you’ve come to expect from Mastodon and by that point the newbies will be standing right there next you, lapping up every last bloody bit.  Well, everyone will be happy except the beheaded.  They’ll have a hard time headbanging without a head. 8 out of 10 on The Rockometer