Warning: "continue" targeting switch is equivalent to "break". Did you mean to use "continue 2"? in /nfs/c06/h01/mnt/88637/domains/blog.irockcleveland.com/html/wp-includes/pomo/plural-forms.php on line 210
 I Rock Cleveland I Rock Cleveland | The Rockometer: The Whole Love by Wilco

The Rockometer: The Whole Love by Wilco 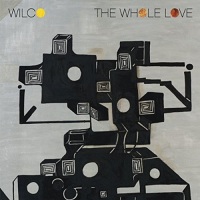 With the Whole Love being bookended by the crunchy electronics of “Art of Almost” and the sedate, ruminative and repetitive folk of “One Sunday Morning,” it’s the meat and the middle and less experimental parts of Wilco’s eighth studio album that will ultimately make or break the listening experience for both long time followers and newcomers alike.  For like a lot of bands who’ve just completed a long recording contract and found freedom in their own label, Jeff Tweedy and company’s latest aims to please the band and the fans and no one else.

In the context of the Whole Love, this means showcasing all sides of the band’s persona, alternating between maudlin and down-tempo, ratcheting and inspiring, and that pleasant spot in the middle.   Slight, crackly melodies sprinkled deep in the mix, the ones so difficult to pick up on the first few spins, can be easily overlooked (Suggestion, head to the headphones), when stomped on flourishes of guitar noise are applied so liberally.  The last movement of “Art of Almost” is a veritable shredfest and the band’s trademark, mid-tempo rockers like “I Might,” “Dawned On Me,” and “Born Alone” all have multiple movements where guitarist Nels Cline is allowed the freedom to wail at will, adding much needed excitement to a style often saddled with the belittling label dad rock.

Now in their third album cycle, the current lineup of the band — Jeff Tweedy (Vox/Guitar),  John Stirratt (Bass), Cline (Guitar), Glen Kotche (Drums), Mikael Jorgansen (Keyboards), Patrick Sansone (Multi-instrumentalist) — have never sounded so in control, so tight and so precise.  This is evident not only in the tight integration of Cline, an underused asset who is finally finding much needed space within the band’s up-tempo numbers, but also on those quieter moments.  In spite of its sleepy-eyed tempo, the aforementioned, “One Sunday Morning,” absolutely thrills during its twelve minutes.  As it lulls the listener to a dream-like state, members trade variations on the lead melody, adding depth and texture in a slow-motion, spaced-out jam session.  Meanwhile, “Sunloathe,” adds a nice spin on the Wilco ballad by channeling the solo work of George Harrison and “Black Moon,” with its patiently picked chords, mournful pedal steel, and tastefully arranged strings is as foreboding as anything in Wilco’s extensive catalog.

Their combined talent only comes undone on “Standing O,” a number written in the spirit of bar-rocking, rhythm and blues, but exudes too much confidence, too much control, and not enough free-wheeling spirit.  It’s the type of song earlier incarnations of the band would have delivered with reckless abandon instead of careful execution.  Still, even with the occasional trip-up, The Whole Love is a varied, engaging, and most often rewarding album, by a group who may slow things down from time to time, but never quit moving.  And right now, in a boon to fans both young and old, Wilco appear to be moving on to a third era of greatness.  They’ve got the band, they’ve got the jams, and they have the label that can bring it all together — Their own.  9 out of 10 on The Rockometer.