Warning: "continue" targeting switch is equivalent to "break". Did you mean to use "continue 2"? in /nfs/c06/h01/mnt/88637/domains/blog.irockcleveland.com/html/wp-includes/pomo/plural-forms.php on line 210
 I Rock Cleveland I Rock Cleveland | The Rockometer: Celestial Lineage by Wolves in the Throne Room

The Rockometer: Celestial Lineage by Wolves in the Throne Room 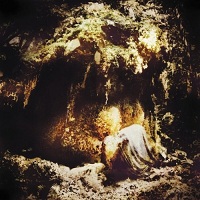 Similar in scope to Sunn O)))’s masterpiece, Monoliths and Dimensions, and even recalling the grandeur of instrumental rock greats like Mogwai or Godspeed You Black Emperor!, Celestial Lineage, the latest release by Wolves in the Throne Room, does more than redefine black metal for the American audience — It renders the very notion of genre pointless.  And unlike much of the popular music that comes from the Pacific Northwest these days (Folkies Fleet Foxes immediately come to mind), brothers Aaaron and Nathan Weaver do more than craft quaint, pretty harmonies out of the region’s natural beauty, they draw on the full power of nature, both as a creator and a destroyer.  For within these seven songs, blackened chorals share space with rapid, robust drumming and high, arching guitar melodies, transcendental melodies that take the listener out of the depths of despair and skyward to places both ecstatic and triumphant.  When the listener returns to ground, there may be a light, uplifting voice, a portending interlude or a demonic howl.  Yes, when the vocals of angelic half, Jessika Kenney subside, there’s the harsh, hoarse, unpleasant death breath of Nathan Weaver lurking around the corner.  To put it more bluntly, there’s screaming, lots of screaming, the likes of which less adventurous listeners will shun without a barely giving it a chance.  That’s a shame.  In a world filled with dubstep, chillwave, and Coldplay, is Nathan Weaver’s demonic howl really so bad?  9 out of 10 on The Rockometer.