Warning: "continue" targeting switch is equivalent to "break". Did you mean to use "continue 2"? in /nfs/c06/h01/mnt/88637/domains/blog.irockcleveland.com/html/wp-includes/pomo/plural-forms.php on line 210
 I Rock Cleveland I Rock Cleveland | The Rockometer: Singles 2007-2010 by Ty Segall/So Many Things by Eddy Current Suppression Ring

The Rockometer: Singles 2007-2010 by Ty Segall/So Many Things by Eddy Current Suppression Ring

How much does Goner Records love you?  Try two double LP singles collections by two of the most potent acts in modern garage rock dropping on the same day worth of love.  That’s 47 tracks of love.  That’s over 120 minutes of love for Ty Segall and Eddy Current Suppression Ring. Sure they deserve the attention, but do they deserve two double LPs worth of love from your wallet, too? The Short answer is yes. The long answer goes something like this… 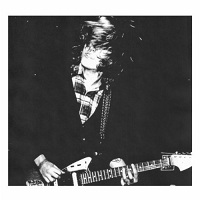 After tuning into early tracks like, “Where We Go,” “Booksmarts,” and “Son of Sam,” by San Francisco garage-rocker, Ty Segall, one can easily hear why many were tipping him to be the next Jay Reatard.  The young Segall was a spittin’ ball of aggression, with his old-style jams ignoring and flooring the red, ratcheting up the noise and relying just as much on attitude as they did on ability.

It isn’t until we get to “My Sunshine,” from a 2009 single released on Trouble in Mind that a fuller picture of Segall the artist begins to emerge.  Its timelessness gives it the feel of an old tape stolen from the vaults of The Who.  One can practically imagine a young Townsend, or Segall, destroying their guitar as that pitch perfect piece of British invasion rock degenerates into formless noise.   Its b-side meanwhile, the seemingly innocent “Fuzzy Cat,” ups the insanity and ups wreckage, trading in the visions of a cute, fuzzy cat on a comfortable, fuzzy chair, accompanied by a playful, galloping melody for the impenetrable, uncomfortable screech of a fuzzy cat attacking an unfriendly vacuum.  Later, “Bullet Proof Nothing,” the b-side to 2010’s “Caesar” single released on Goner Records, and “I Think I’ve Had It,” a cover of an old track by The Gories, both pair the urban cool of a band like the Velvet Undergound with heavy doses of street-tough punk and ramble-tamble blues.  Now, it’s no longer a mystery how Segall managed to make such a leap in quality in between the full length LPs Melted (2010) and Goodbye Bread (2011).  The talent was already there.  He was just waiting for the audience to catch up.    7 out of 10 on The Rockometer. 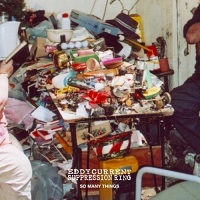 Like Ty Segall’s singles collection, the Eddy Current Suppression Ring’s So Many Things, itself a double LP singles collection, provides unique insight into a band with a rabid underground following, teetering on the brink of a breakthrough.  Their seamless and spontaneous mix of punk, post-punk and garage sounds unlike anything else released by the peers in revival rock genres.  Post-punk rhythms are played with the aggression of wasted youth while their garage rock rave-ups often include the meticulousness and precision of post-punk auteurs.  But first, before they had their sound and before Brendan Suppression found his belligerent, raving voice; Before they had that $30,000 Australian Music Prize for their 2008 album, Primary Colours (Which went more towards the album cover of their follow-up, instead of the follow-up album, itself), there was “So Many Things.”  Oh, it had some raving about women, and an Australian accent, and it was done a low, low budget, but it had none of the pointedness and none of the agitation heard throughout their full lengths.  In fact, its garage sale Casios and static beat bared all the markings of something that needn’t be listened to a second time.

Like Segall, however, once they got it, they got it good.  From that first single, we also got an early version of “Get Up Morning,” the lead track from their self-titled LP.  A second single, released in 2005 would produce two more tracks for their first long-player:  “It’s All Square” and “Precious Rose.”  By the time we get to 2006, and “Boy, Can I Dance Good,” they have it down so well that those without a background in Cleveland punk may not realize that it’s not an original, but a cover of The Pagans.  Suppression has his stark, unstable vocal delivery perfected while the guitars alternate between tight and precise to ballsy and blazing.

It’s these types of surprises that makes So Many Things such a compelling listening.  You may not feel like you need alternate versions of “You Let Me Be Honest With You” and “We’ll Be Turned On,” both of which appeared on 2008’s Primary Colours, but then there’s “Demon’s Demands,” released in ’08 and as strong as anything on that album.  “Hey Mum,” meanwhile, is surprisingly whimsical, and “Iraq (It’s on the Map),” may have a similarly playful title but is absolutely direct in its critique of Iraq War fatigue.  The biggest bonus of them all has to be that cover of  The Go-Gos’ “We Got the Beat,” which was released earlier this year on a limited edition Record Store Day single.  Again, like that Pagans’ cover, these Aussie lads make it their own.  The bass melody is familiar, to be sure, but the attitude is all Suppression.  Instead of sounding like a grand time cruising LA with your gal pals, Eddy Current Suppression Ring’s take evokes a grand time being had by a group of malcontents who spent their afternoon battling boredom by heckling and pestering the better off.  It’s all in the delivery.   8 out of 10 on The Rockometer.