Warning: "continue" targeting switch is equivalent to "break". Did you mean to use "continue 2"? in /nfs/c06/h01/mnt/88637/domains/blog.irockcleveland.com/html/wp-includes/pomo/plural-forms.php on line 210
 I Rock Cleveland I Rock Cleveland | The Rockometer: Let’s Go Eat the Factory by Guided by Voices

The Rockometer: Let’s Go Eat the Factory by Guided by Voices 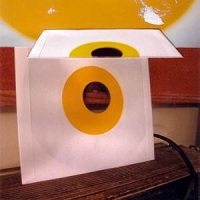 From the beginning, the Guided by Voices reunion of the mid-90s lineup was different.  It may have read like the familiar script — Cult band tours theaters and the festival circuit, gets their due and gets some dollars, but unlike many of their peers there was a palpable sense that Robert Pollard, Tobin Sprout, Mitch Mitchell, Greg Demos, and Kevin Fennell were actually enjoying themselves the second time around.  Bob brought his full array of rock kicks and microphone tricks.  Mitchell brought an endless supply of cigarettes and windmill guitar riffs.  There were smiles, and bottles and bottles of beer and booze on the stage, and serenades, and bottles and bottles of beer in the crowd.  This was no cash grab.  This was the rebirth of a beloved band.

Consequently, when it was announced that this lineup of Guided by Voices were releasing two albums of new material — Let’s Go Eat the Factory and Class Clown Spots a UFO — some were surprised, some reacted with the usual mix of snark and skepticism, and others, those that saw the reunion tour first-hand said, “Of course Guided by Voices went back to the studio.”

Granted, a successful reunion tour doesn’t always equal a successful comeback album.  On one end of the spectrum there’s Dinosaur, Jr, whose original lineup of J Mascis, Murph, and Lou Barlow has released two of their most potent albums after their comeback.  On the other end, there’s The Weirdness by The Stooges.  We won’t talk about The Weirdness.  It’s better to forget The Weirdness ever happened.

Thankfully, Let’s Go Eat the Factory is closer in spirit to those Dinosaur, Jr albums, Beyond  and Farm, as Pollard and company have presented a seemingly random selection of short songs where the concept of album momentum means you never know what’s coming next.  It worked so fantastically on records like Propeller, Bee Thousand, Alien Lanes and Under the Bushes, Under the Stars, and it works surprisingly well here, too.

There’s the wistful, psychedelic pop of “Doughnut for a Snowman,” followed immediately by the hard-charging ramble and rabble of “Spiderfighter,” a song which takes an unpredictable turn itself as it ends with Sprout delicately repeating two soft lines over a handful of piano chords.  Guitars again rule on the uncompromising, “God Loves Us,” while “The Unsinkable Fats Domino” is pogo-pop in its purest form.

The importance of having Sprout as a counter-balance to Pollard cannot be overstated.  He’s far more than an alt-rock Art Garfunkel, for whenever Pollard starts to steer the record into weirdsville with one of his prog rock rambles, there’s Sprout with a simple, quaint, and elegant melody, like the ballad, “Who Invented the Sun,” or a straightforward rocker, like the jangly “Waves,” where stacks of guitar tracks obscure, wobble but never topple his brilliant sense of melody.

Ultimately, some will say Let’s Go Eat the Factory doesn’t have the songs of those old releases. “Cyclone Utilities (Remember Your Birthday),” may not be “Postal Blowfish,” but it still has a monster riff of its own, one that’s just as powerful and pointed, one that’s mixed with these tastefully tormented bits, and one with just as many opportunities for Mitchell to windmill and flail on stage.  “We Won’t Apologize for The Human Race,” may not be the anthem that “Over the Neptune/Mesh Gear Fox” has become, but its surprisingly cohesive collage of prog rock and power pop is still quite the closing blast.  Let’s Go Eat the Factory is not Bee Thousand or Alien Lanes, but isn’t it remarkable how it condenses those fifteen years this lineup of Guided by Voices spent apart into no more than a blink in time?   8 out of 10 on The Rockometer.