Warning: "continue" targeting switch is equivalent to "break". Did you mean to use "continue 2"? in /nfs/c06/h01/mnt/88637/domains/blog.irockcleveland.com/html/wp-includes/pomo/plural-forms.php on line 210
 I Rock Cleveland I Rock Cleveland | The Rockometer: Attack on Memory by Cloud Nothings

The Rockometer: Attack on Memory by Cloud Nothings 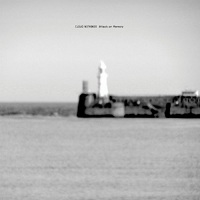 To hear Cloud Nothings’ Dylan Baldi tell it, the title of the band’s third album, Attack on Memory, is meant to be an attack on the memory of what people thought his band was.”  Of course, with a title that vague, this attack on memory could be attached to any manner of things we’d rather forget. For example, it could be an attack on your memory of all those shitty emo bands that claimed to be influenced by Fugazi, Sunny Day Real Estate, and Jawbreaker, but were really no more than a shitty emo band. It could be an attack on the memory of the time you bought tickets to see the Decemberists to impress a girl with bangs.

For let’s face it, ever since artists like The Decemberists, The Arcade Fire, and Sufjan Stevens become the embodiment of indie rock mid way through the last decade, indie rock has had a difficult time reconciling itself with the rock half of its name.  If you identify yourself with the indie rock crowd and admit to wanting to make a rock record, you have no choice but to qualify your intentions with lines like,   “We wanted to make a fun record,” or, “We needed a diversion,” and “It’s nothing at all like Jet.”  And, if you’re not careful with your pre-release press and don’t drop the right references (The Wipers=Right, The James Gang=Wrong) you’re all but resigning yourself to a steady string of sixes and sevens from the internet’s preeminent taste-maker.

Smartly, Baldi picked the right influences in bands like Fugazi, The Wipers, Sunny Day Real Estate, Nirvana, and The Pixies; Picked the right producer in Steve Albini, a man who has made his reputation on superior sound and staying out of the way; And, he brought the rest of his band along.  That last point may not mean much if you haven’t seen the Cloud Nothings in a live setting, but if you have, or you’ve seen Cloud Nothings’ drummer Jayson Gerycz in some of his other bands, (Wombs, Total Babes and Swindlella) then you know he’s not only one of the fiercest and most talented time-keepers in town, but also what an under used asset he had been up to this point.  Not any more.

Those decisions all come together and deliver the goods on songs like opening track, “No Future/No Past,” and “No Sentiment,” numbers sure to recall The Pixies at their dynamic, corrosive, and melodic best.  They have the moaning vocals and minor keys, the soft/loud/soft dynamics (The type Nirvana made all the rage), and Gerycz’s forceful work behind the kit.  Imagine a whirling dervish, or a man with four arms, or maybe eight arms, and those would be eight wild arms each with the strength of eight arms.  He gives Cloud Nothings both the right type of kick to execute made for the mosh pit, melodic punk (“Stay Useless”) and the precision needed to carry out a near nine-minute excursion into early emo and space rock (“Wasted Days.”)

Meanwhile, the instrumental track, “Separation,” features rapid, angular guitars from Baldi and fellow guitarist, Joe Bayer, and Gerycz going ape shit on tom, snare, cymbal, and everything else within striking distance.  The word angular to describe a guitar sound may have gone out of fashion when angular became shorthand for sounds like Sunny Day Real Estate, and by extension, sounds like a shit band trying to be Sunny Day Real Estate, but here, the term and the song work exceedingly well.

Surprisingly, for all the work on Attack on Memory meant to distance the band from its own past, it ends with the two tracks (“Our Plans” and “Cut You”) that provide the clearest bridge to their past incarnation as a basement pop band. Strip away the bigger sound, and these are your familiar, strum a few chords and soothe the broken heart, pop songs.  Still, even as the album lingers with an attack on Attack on Memory instead of driving the point home, the message remains clear enough: That band you used to know, the one with the quaint, lo-fi pop songs is now a riveting, rock act, ready to leave its old digs behind for their rightfully earned place on the big stage.  8 out of 10 on The Rockometer.

VIDEO: Cloud Nothings – No Future/No Past