Warning: "continue" targeting switch is equivalent to "break". Did you mean to use "continue 2"? in /nfs/c06/h01/mnt/88637/domains/blog.irockcleveland.com/html/wp-includes/pomo/plural-forms.php on line 210
 I Rock Cleveland I Rock Cleveland | The Rockometer: Blues Funeral by Mark Lanegan Band 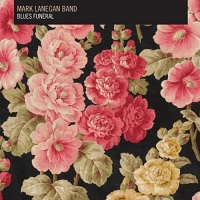 Recently, I marveled at Mark Lanegan’s voice, that deep and leathery, wavering and seductive voice, and noted how I would not only listen to Lanegan reinterpreting the catalog of pop songstress, Katy Perry, but I would buy that collection, too.  That’s the power of having the voice of Rock ‘N’ Roll.

Blues Funeral, Lanegan’s first solo collection since 2004’s Bubblegum, presents the listener with a scenario tantalizingly close to my own dream/nightmare.  Squeezed in the middle of Blues Funeral’s twelve songs is a number called “Ode to Sad Disco.”  It’s a not a blues song about being at a discoteque.  It’s a disco song.

Those surprised that Lanegan would choose to go electronic should go back and peer through his long list of post Screaming Trees collaborations.  There’s Pj Harvey, Isobel Campbell, and Queens of the Stone Age; The Twilight Singers, and his album with The Afghan Whigs’ Greg Dulli as Gutter Twins; And listed  under the heading of other collaborations, there’s Soulsavers, and UNKLE.  Spot those last two?  Those are the electronics coming through.  They come through loud and clear on the rumbling doom of “Gravedigger’s Song” and again on the stomp and pomp of “Riot in My House.”  On “Harborview Hospital,” the beats are skittery and elastic with guitars and keyboards blurring the upper reaches, obscuring the bleakness of a broken life detailed within.  While “Deep Back Vanishing Train,” uses the studio to add ambiance and texture to what would otherwise be a barren landscape.

Whether or not Lanegan can do electronic music is not the issue.  He’s done similar work with UNKLE and Soulsavers and even his album as the Gutter Twins had an electronic spin to it. Like I said earlier, Lanegan could add his voice to just about anything and the resulting recordings would be captivating enough to require an extended listen (Doom Metal Mark Lanegan?  Yes!  Punk Rock Lanegan? Yes!  Gothic New Wave Lanegan with eyeliner?  Umm…OK…Yes!).

The question now becomes where does Blues Funeral fit within his larger body of work.  When was the last time you played any of the three albums he’s done with Isobel Campbell?  Have you listened to the Screaming Trees’ Sweet Oblivion lately?  More than Pearl Jam or Alice in Chains, that album has help up extremely well for coming out during the grunge explosion.  I’ll say it.  It slays.  That album was glued to my turntable for entire night, A side then B side and back again and repeat and repeat while I was supposed to be going over my notes on Blues Funeral.  Does that help?   6 out of 10 on The Rockometer.