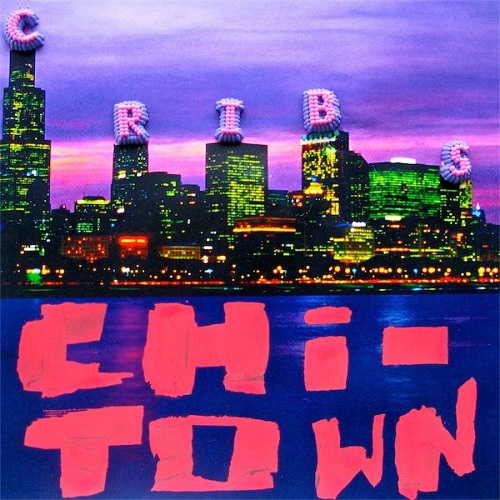 Talk about strange pairings. For their upcoming album, In The Belly Of The Brazen Bull (Out May 8th on Wichita Recordings), The Cribs enlisted the help of two noted producers who share two radically different approaches to recording — The largely hands-off, old-school Steve Albini, and the more modern tinkering style of Dave Fridmann. Granted, both men are obsessed with sound, but the sounds of famous works produced by Fridmann (The Flaming Lips, Mercury Rev) and Albini (The Pixies, Nirvana, McLusky) don’t always overlap (The exception being Scottish, instrumental noise-makers Mogwai). Consequently, one spin of The Cribs crunchy, rock anthem, “Chi-Town,” and its pretty clear who was manning the dials, making sure no grit was lost between the practice room and the studio. The alt-rock guitars are vintage Albini.

Hailing from Austin, Texas, The Young are one of Matador Records’ more recent signings, and  “Livin’ Free,” the first single from the band’s debut, Dub Egg (out May 8th), carves out an interesting niche for the band.  One could either cite slacker rock like Pavement, or classic rock like Neil Young as a touchstone and not be way off in your assessment.  Really, it depends on your background.  The guitars are raw, spontaneous, and wonderfully coated in feedback, like Pavement or Young used to do it.

Coming off a full length on the influential underground label, Hozac Records, the K-Holes have moved on to the Sub Pop imprint, Hardly Art for their follow up.  Fans of sketchy, dystopian punk like Pop. 1280 should take notice.  “Rats,” would slide nicely next to a Pop. 1280 jam on a walking a dark street in a blown out, post-nuclear town playlist.

Another from the post-punk pile, Mr. Dream’s “What a Mess,” adds sly melodies and power-pop hooks to an otherwise bleak landscape.  Dig those unexpected “Ooh-ooh-ooh’s,” that seemingly come out of nowhere and somehow fit right in.