Warning: "continue" targeting switch is equivalent to "break". Did you mean to use "continue 2"? in /nfs/c06/h01/mnt/88637/domains/blog.irockcleveland.com/html/wp-includes/pomo/plural-forms.php on line 210
 I Rock Cleveland I Rock Cleveland | The Rockometer: Killing Time by Terry Malts 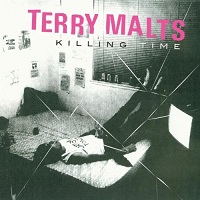 Self-described as sounding like Black Flag Tambourine, or as I prefer to call it, Jesus and Mary and Johnny and Joey and Tommy and Dee Dee Chain, the San Francisco trio Terry Malts, a band equal parts punk and pop, but not punk-pop,  have put together a chainsaw of an album in Killing Time quite unlike anything in recent memory.  Sure, many have used a similar formula in the past — Stomp on the pedals until ears start to bleed and then hit ’em with a likable melody, but few have written songs so effortless and memorable; Few have been so in tune in that perfectly out of tune, crunched, mashed and blasted to oblivion way as Phil Benson (bass/lead vocals), Corey Cunningham (guitar, backing vocals), and Nathan Sweatt (drums/backing vocals) are on their debut album for Slumberland Records.

And the lyrics, while certainly clever, never leave anyone out of the joke.  You don’t have to have the right books on your bookshelf.  You don’t have to have the right records in your record collection to enjoy these 14 songs.  A soul might help, but even that one is optional.  For in “Not a Christian,” Terry Malts have written the ultimate punk rock anthem for all of the atheists, agnostics, and humanists of the earth, a track which culminates in a wash of piercing guitars and whirl of words that read like a humanist manifesto: “If there’s no power over me/I take responsibility/All prayer is empty air when no one’s listening/There’s no god and there’s no master/There is no happy ever after/There is life, there is death/I live my life and do my best/To cherish all experience ’til I lay down to rest.”

On the subject of love, Benson, Cunningham, and Sweatt are equally as endearing.  “I’m Neurotic,” consists of a single stanza, “I’m neurotic/That’s what she says/I won’t let it go to my head/Maybe she’s right,” repeated, and twisted to the point where its hard to tell whether instability is a badge of honor or a cause for concern.  While “Waiting Room,” not the Fugazi song, and “Tumble Down,” not the Jesus and Mary Chain Song, both take down the tempo a notch without losing any intensity or immediacy.  The guitars are still delightfully shrill and the sing-a-longs are still there, waiting for your extra backing vocals, and the rhythm section still has that thumping, pogo beat.

With a frightening pattern emerging of the most hyped artists being the least ready for the spotlight (Hello, Sleigh Bells and Hello, Ms. Lana Del Rey), Terry Malts provide an alternative to the unhealthy cycle of buzz and disappointment with an album that is proof positive that pop music doesn’t have to be finely polished and doesn’t have to sound modern to be successful in the 21st Century.  More important than having the right look, the right connections, or the right influences is simply having songs that people will want to hear time and again. I can think of 14 songs off the top of my head that fit the bill.   10 out of 10 on The Rockometer.