Warning: "continue" targeting switch is equivalent to "break". Did you mean to use "continue 2"? in /nfs/c06/h01/mnt/88637/domains/blog.irockcleveland.com/html/wp-includes/pomo/plural-forms.php on line 210
 I Rock Cleveland I Rock Cleveland | The Rockometer: Onwards to the Wall by A Place to Bury Strangers

The Rockometer: Onwards to the Wall by A Place to Bury Strangers 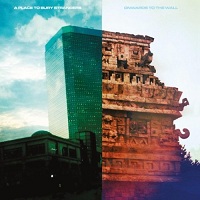 A Place to Bury Strangers
Onwards to the Wall
Dead Oceans

Ideally, an EP, that release bigger than single, but not quite an album, can serve a variety of useful purposes. For example, some bands may use an EP to test out a new style or a new sound. Others, may use it as a reintroduction to their fans after a long lay off. Other times, EPs, serve more utilitarian purposes. Did you mean to record a live album, but ended up with a hard drive full of useless tracks? Pare it down to an EP. Blow your studio budget and only have five songs to show? Make an EP.

For noted noisemakers, A Place to Bury Strangers, who have returned with their first new music since 2009’s Exploding Head on Mute Records, its not quite so clear what exactly it is they tried to accomplish with their just released, Onwards to the Wall EP for Dead Oceans. Sonically, there’s not much difference between anything on Onwards to the Wall and any of their previous work. They still love their gear and large arrays of guitar pedals; Still love torturing those guitars within an inch of overload; And still have an infinity for the darker strains of ’80s new wave like The Cure. The title track, does feature a duet with female vocalist, Alanna Nuala, and significantly dials down the volume, relegating the machine-shop guitar roar to the background. Released on its own, it would have been a great single. However, with a real opportunity on this release to show that they’ve become more than a live band with a knack for busting out ear drums, they largely took a pass, instead, opting to say nothing’s changed but the record label.  5 out of 10 on The Rockometer.