Warning: "continue" targeting switch is equivalent to "break". Did you mean to use "continue 2"? in /nfs/c06/h01/mnt/88637/domains/blog.irockcleveland.com/html/wp-includes/pomo/plural-forms.php on line 210
 I Rock Cleveland I Rock Cleveland | The Rockometer: Zoo by Ceremony

The Rockometer: Zoo by Ceremony 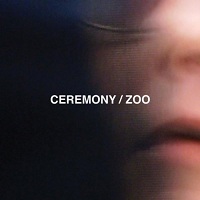 Following 2010’s widely praised, but not so widely heard Rohnert Park, the California, punk band Ceremony have returned with Zoo, another album of brutal, everyman rock steeped in the tradition of shaved heads, safety pins and combat boots, but not constrained by the rigid rules of hardcore.  Songs like “Hysteria” and “World Blue,” where the pop sense of ’90s left coast punk meets the thunderous, hard rock stomp of AC/DC, are jock jams just waiting for a football friendly phrase or two. “Brace Yourself,” meanwhile, with its ticking cymbal hits, nimble bass line and loose, ragged guitar chords has a kindred spirit in the tension and explosion dynamic of early Fugazi records.

Zoo is not all punk rock and games, however.  The lethargic, minor key melodies of “Hotel,” and Video” bring to mind The Specials’ landmark recording, “Ghost Town, ” a track which came to represent the social toll of Margaret Thatcher’s policies had on English youth in the early ’80s.  Cross the Atlantic, add 30 years and one Great Recession, and the sentiment that opportunity is once again escaping an entire generation is hard to shake.

Therein lies the power of a record like Zoo.  Although one can match the sound of Ceremony to bands who recorded for Epitaph in the ’90s, and one can connect their sentiments to the English punks of the early ’80s, punk rock remains a vital means of expressing disillusionment.  Consequently, instead of blowing minds, like Rohnert Park, Zoo seeks to open up minds so one can see the desperate reality experienced by so many and still recognized by so few.  7 out of 10 on The Rockometer.