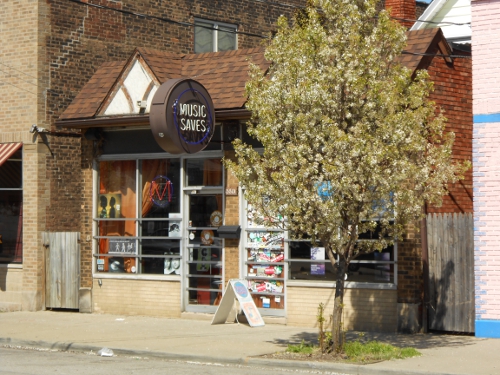 Located one parking lot away from the Beachland Ballroom, Music Saves is your go to store for the newest in indie rock.  Did you just read a review about a hot new band on Pitchfork?  Chances are Music Saves will have that record in stock.  Are you looking for a record by the band you just saw at The Happy Dog, the Grog Shop, or the Beachland?  Again, go to Music Saves.  Do you kinda remember the name of a band, but you had too many beers last night to remember if the band’s name was Crystal Castles, Crystal Antlers, Crystal Stilts, Crystal Skull, or Castle Greyskull?  Music Saves can make sure you don’t go home with the wrong crystal band.

Many new releases arrive every week and if you’re favorite band’s record isn’t in the store on Tuesday, they’ll be glad to special order it for you.  And while the proprietors, Kevin and Melanie  may scoff at being labeled the city’s “Hipster Record Store,” they really do have the area’s best indie rock selection and carry many reissues from the time when indie rock was called alternative rock and from the time when alternative rock was called college rock. 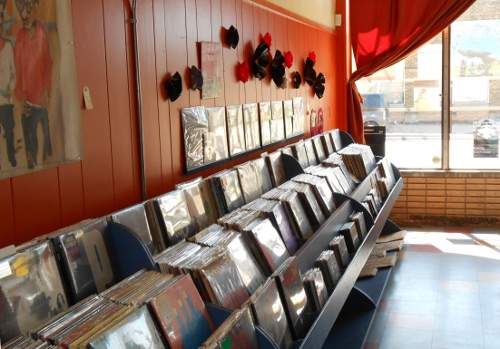 In addition to their wide selection of the newest of the new, Music Saves stages frequent events, like listening parties for big releases (recent events were held for The Black Keys and Wilco), in-store concerts with both local and touring bands, and during the summer months, they’ll hold those in-stores on their small, back patio.  For this coming Record Store Day on April 21st, they’ll be bringing in loads of limited edition releases to satisfy the long lines in the morning, and will be sponsoring a series of concerts on the street in the afternoon and evening.

What sets Music Saves apart from their competitors, and this is in addition to the selection, the events, and the staff (Have I mentioned how friendly they are, how helpful they are and how they won’t ridicule you for asking for the Lady GaGa record, but instead will tell you, politely, “We typically don’t stock that kind of music”), is the store’s organization.  It’s borderline obsessive in its order.  Rarely will you find a record not perfectly alphabetized in the racks.  Plus, the store is cleaner than your average vinyl  haven.  You won’t see stacks or records on the floor, and unpacked boxes won’t be crowding the doors.  Kevin and Melanie really do go out of their way to ensure you don’t have the stereotypical record store experience when you visit them at Music Saves.