Warning: "continue" targeting switch is equivalent to "break". Did you mean to use "continue 2"? in /nfs/c06/h01/mnt/88637/domains/blog.irockcleveland.com/html/wp-includes/pomo/plural-forms.php on line 210
 I Rock Cleveland I Rock Cleveland | Play Me: “Dead Bee in a Golden Bowl” by Trouble Books

Play Me: “Dead Bee in a Golden Bowl” by Trouble Books 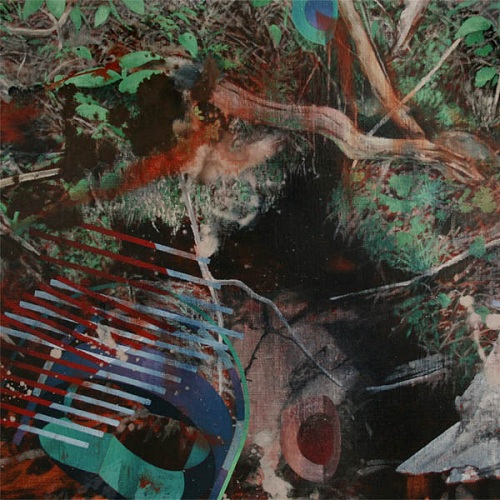 There was a time when the music of the Trouble Books could be described with words like simple or quaint. The Akron duo of Keith Freund Linda Lejsovka are certainly two of the most unassuming artists you’ll ever meet in Northeast, Ohio. Who can forget their in-store performance at Music Saves, which actually was outside the store, when Freund and Lejsovka relaxed themselves, seated and slouched against the building, recreating their songs with a bewildering selection of small, toy instruments?

However, first with their 2011 collaborative album with Mark McGuire of Emeralds, and now with their latest release, Concatenating Fields, their music has taken on a depth and a complexity far beyond its living room roots. Even as the first track released from their newest effort, “Dead Bee in a Golden Bowl,” shares a similar theme with many of their past work with its narrative based on a stray observation of domestic life (I have little doubt that the dead bee in a golden bowl was found in the Freund house), the music itself is much more exotic than that. Listen closely and you can hear elements of early German experimental music and new wave pop. Vintage synth sounds mingle with a sedate bass line as its careful pace is shaped by sparse snare and rim hits. Eventually, the piece opens up, and those astutely spaced elements merge into a wonderfully bright, sparkling and pulsating, head-swim of a sound.

A pre-order of Concatenating Field is available now through Bark and Hiss Records.