Warning: "continue" targeting switch is equivalent to "break". Did you mean to use "continue 2"? in /nfs/c06/h01/mnt/88637/domains/blog.irockcleveland.com/html/wp-includes/pomo/plural-forms.php on line 210
 I Rock Cleveland I Rock Cleveland | I Rock Cleveland’s Guide to Cleveland Record Stores: My Mind’s Eye 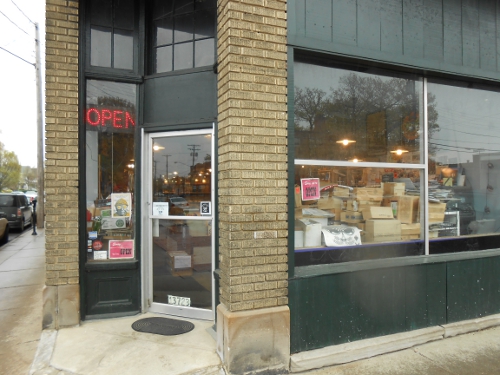 There was a time when My Mind’s Eye Records in Lakewood, Ohio was the go to spot in the Cleveland area for all things heavy and all things fast.  Their selection of punk, thrash, garage and metal 45s and LPs was second to none.  Oh, they still own the best selection of heavy around, but in recent years, as more and more people have been won over by vinyl, the depth and breadth of their offerings have become even more impressive.  In addition to stocking everything needed to satiate your headbanger fix, they also carry many of the newer indie rock releases and classic rock reissues, have a growing selection of used 45s and LPs, and carry reissues of important music — Artifacts from those bands, labels and scenes whose names are universally respected by those in the know. 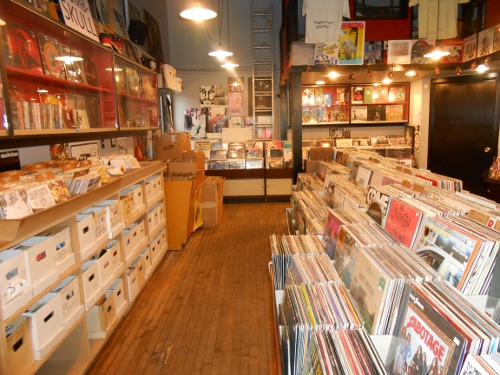 Upon arriving at My Mind’s Eye, my first order of business is always to flip through the bins of new arrivals.  The used new arrivals are located in the front of the store, right when you walk in the door, and all the new vinyl that just got in can be found in the left-hand aisle, in the first rack on your right. This is one store where you never know what you’re going to find and those things you never expected to find aren’t going to stick around very long. 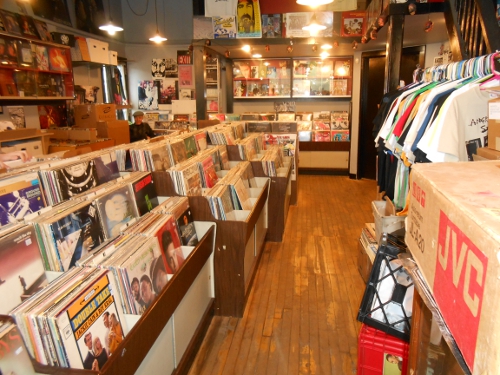 While a couple stops on our Cleveland Record Store featured shops that didn’t fit the traditional mold of a record store, My Mind’s Eye is faithful to many of those old ways.  The walls are lined with Rock ‘N’ Roll ephemera of varying worth and significance.  The front window is crowded with boxes upon boxes of records and goods that may make it to the floor some day.  There’s a friendly reminder in that front window that stealing will not be treated lightly. 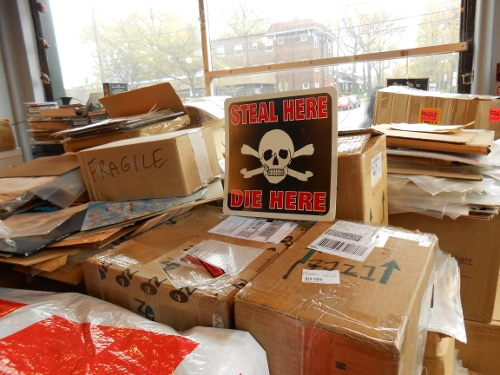 Yet, like any record store that’s been around for some time, My Mind’s Eye has done away with many of the less customer friendly traditions.  You won’t get ridiculed behind the counter because you picked out the wrong records.  On the contrary, on most days Charles and the staff will be more than happy to assemble a selection of Punk Rock 101 for you or your kid.  They’ll do special orders, too. And don’t be fooled by the age and accent of Charles’ dad.  The man listens to some of the craziest metal records  I’ve ever heard and he can surprise you with his knowledge, too.  On a recent trip I picked up an Uncle Tupelo reissue and I didn’t have to mention that this was Jeff Tweedy’s first band.  He knew that.  He was surprised they still had it in stock.

Website: http://www.facebook.com/pages/My-Minds-Eye/238643142735
Address: As of Fall 2012, My Mind’s Eye has a new address: 16010 Detroit Ave  Lakewood, OH 44107
Selection: Punk, Metal, Garage, Indie Rock, Classic Rock, Important Music, a large selection of 45s (new and vintage) and a growing section of used Jazz.  Keep your eye on My Mind’s Eye Facebook feed.  When an uncommonly choice stack of used records hits the floor it will often be accompanied by an update.  Wait too long and that sensibly-priced Joy Division record will be gone.
Price: New records are reasonably priced between $13 and $18 for most releases, a little higher for hard-to-find reissues, and maybe a little higher still for double LPs.  Many of the more common used LPs can be had for $10 or less and even those rarer pieces aren’t marked up to eBay levels.  Let me put it another way, I’ve never put a record back in the stacks because I felt it was overpriced.
Sample Finds: Cluster – Sowiesso (New/Reissue); Exploding Hearts – Guitar Romantic (New); Flipper – Generic Album (New/Reissue); The Gun Club – Fire of Love (New/Reissue); Mclusky – The Difference Between You and Me is That I’m Not on Fire (Used); Neu – Neu (New/Reissue); Neu – Neu 2 (New/Reissue); New York Dolls – S/T (Used); Nirvana – Verse Chorus Verse (Bootleg/New); Liz Phair – Supernova (7″ Used); Portishead – Dummy (Used); Poster Children – Junior Citizen (Used); Replacements – Let it Be (Used); Suicide – S/T (New/Reissue); Torche – In Return (New);  Velvet Undergound – Live 1969 (Used); Kurt Vile – Constant Hitmaker (New); The Wipers – Over the Edge (New/Reissue).