Warning: "continue" targeting switch is equivalent to "break". Did you mean to use "continue 2"? in /nfs/c06/h01/mnt/88637/domains/blog.irockcleveland.com/html/wp-includes/pomo/plural-forms.php on line 210
 I Rock Cleveland I Rock Cleveland | The Rockometer: Sweet Heart Sweet Light by Spiritualized 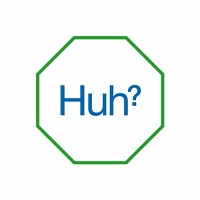 Some hold dear the theory of great suffering leading to great art.  Others may scoff at the notion.  For Jason Pierce of Spiritualized, pain and art have become nearly inseparable.

Around the time he was putting together the band’s last album, 2008’s Songs in A & E, he was hospitalized with double pneumonia.  And for an encore, albeit one he surely would have preferred to have done without, he recorded Sweet Heart Sweet Light while undergoing experimental treatment for long-term liver disease.  You see, that album cover with the word “Huh?” framed inside of an octagon makes much more sense when you learn it’s a reference to his state of mind at the time.  There were periods when he really didn’t have much of a clue about anything.

Yet, here we are with the album that many are calling his best since 1997’s Ladies and Gentleman: We Are Floating in Space.  How?  Huh, again?

Well, we can probably say it wasn’t the drugs that made this album great.  The man who once famously made “Music to take drugs to make music to” as part of Spacemen 3, wasn’t done any creative favors by this round of medication.

Let’s rule out suffering, too.  For once we reduce his art to either suffering or drugs, there isn’t much left that he can claim as his own.  No, Jason Pierce has a great album on his hands because he is a great artist.

Lead single, “Hey Jane,” is the culmination of a lifetime spent blending the blues, gospel, and psychedelic rock.  With a sinewy guitar lead, like the sound of finely-tuned motorcars racing on a tightly-curved oval, one that is constant throughout the track’s near nine minutes, and an arrangement that gradually builds in complexity, a real bummer of a life becomes a whirling and ecstatic symphony.  A similar strategy is used later on “Headin’ for the Top Now.” However, here the guitars are significantly gnarlier and the orchestration is more cacophonous.  If “Hey Jane” was the triumph, then “Headin’ for the Top Now,” is from the time when the outcome was still very much an unknown.

The same can be said of “Life is a Problem,” where a small string section and chorus lends a mournful melody to Pierce’s desperate one on one with the big man.  His voice has never sounded so haggard and his pleas have never sounded so serious.  Compare this with “Walking with Jesus,”  one of the first singles by his first band, Spacemen 3, and the change in tone is striking.  In younger, more carefree days when Jesus appeared in one of his songs, he wasn’t a spiritual guide, a source of wisdom, or a foil for his own soul, but another longhair holding something good, one who just happened to have a holy name.

And that’s another thing about Jason Pierce the artist.  Just when you want to count him out, when breathing machines have taken the place of cigarettes and a hearty boozer mixed with a couple pills is no longer a recreational option, he finds the inner strength for a song like album closer, “So Long You Pretty Thing.”  It’s a send-off, to be sure.  The first half is saturated in blue and bluer tones.  Vintage organ, a sedately plucked banjo, and that chorus, now on the verge of tears, drive home the point that the end is near.  Then, from lord knows where, comes the pick me up, and this sad bastard of a song is now the sound of a rousing send-off.  All that’s missing from this sweeping and angelic climax is the clinking sound of drinking glasses.  And knowing Pierce, he’ll find a way to have one more before his time is up.  He is a survivor and an artist.  9 out of 10 on The Rockometer.