The Rockometer: Blunderbuss by Jack White 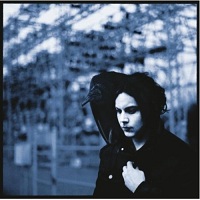 In some ways Jack White’s Blunderbuss, the first solo offering by the one-time White Stripes frontman, is exactly what one would expect.  The songs, sometimes ferocious and rowdy, but often times quieter and more contemplative, are solidly based in the blues, American roots, and garage rock.  There’s guitar wail and guitar squawk, especially on songs like “Sixteen Saltines” and “Freedom at 21” where that squawk  is live-wire, touch it and get yourself fried, electric, similar to the sound of an old White Stripes track like “Blue Orchid.”

Still, it’s hard to escape the feeling that Blunderbuss is missing something, and we’re not talking about the absence of his long-time collaborator Meg White who kept time behind the kit for the White Stripes all those years.  No, Bluderbuss is missing a signature song and a signature riff, and to be honest, it could use a big shot of spirit and some of that old stomp, too.  One would think, now that Jack is no longer confined inside of a two man band, garage rockers like “I’m Shakin” and “Trash Tongue Talker” would have some extra lift.  There is no lift, or oomph, or thump. There is polish.

You see, the adventurous Jack White, the one who owns the record store, record label, and record store van; the one who drops vinyl from helium balloons and who puts out records by Carl Sagan and Stephen Colbert; the one who collaborates with Insane Clown Posse, is all but absent on this record.  Instead, we get a Jack White who is still in the process of figuring out exactly what he wants to do as a solo artist.

Sure, the arrangement of “Love Interruption,” with its clarinet and bass clarinet is a pleasant enough turn.  And, “Hip (Eponymous) Poor Boy” and  “I Guess I Should Go to Sleep,” both do a fine job transforming what would have otherwise been barren White Stripes songs of singular strums and occasional bumps into the type of working-class, down home jams The Kinks did so well on their classic albums Muswell Hillbillies and The Village Green Preservation Society. Unfortunately for White, a man who had an extraordinary seven album run with the White Stripes, it’s going to take more than one album of pleasant, fine, and good enough to make anyone forget about that other band any time soon. 6 out of 10 on The Rockometer.