Warning: "continue" targeting switch is equivalent to "break". Did you mean to use "continue 2"? in /nfs/c06/h01/mnt/88637/domains/blog.irockcleveland.com/html/wp-includes/pomo/plural-forms.php on line 210
 I Rock Cleveland I Rock Cleveland | The Rockometer: Nootropics by Lower Dens

The Rockometer: Nootropics by Lower Dens 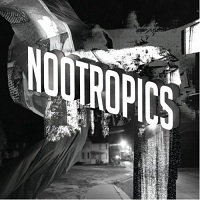 The band is obviously flummoxed.  If they don’t play the show and don’t get anything from the door, they may not have enough money to fuel their tour van and they’ll be stuck in Akron, Ohio.

Suddenly, the very serious German dude has an idea.  Scanning the room, he sees a promo poster announcing tonight’s show and there they are, all five of them standing emotionless, buttoned up and proper, the short people in front and the tall people in back, like a photo announcing the latest additions to the University’s Computer Science Graduate program.  “That’s us, on your wall!” the very serious German dude exclaims.

Unimpressed, the bartender takes a sip from his pint, walks to a corner behind the bar, grabs his keys  and turns off all the lights.  “Sorry, kids.  Looks like we don’t have any power tonight, either.” 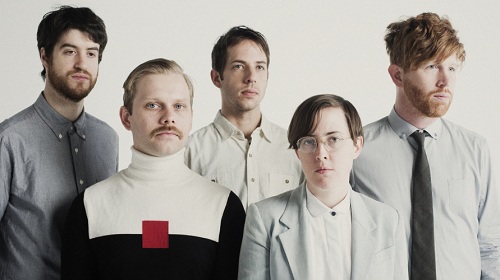 In the annals of indie rock photography this promo shot for Baltimore’s Lower Dens has to make the Top 10 of truly horrible photos, maybe the top spot of the Top 10.  Really, it’s a stretch to call it a promo.  It’s more of a reverse promo as it reinforces everything people hate about indie rock — The elevated sense of worth, seriousness and bookishness, forced quirkiness brought on by intentionally bad style, a general lack of enthusiasm for making music, and a safe for NPR rating.  No, it’s more than a reverse promo.  It’s an image meme of the world’s least interesting band waiting for its white text.  We don’t always play at bars, but when we do, we wear long sleeves and bring extra hand sanitizer.

“Unfair!” You say.  “You’re not even talking about the music!”

Now that this picture is loose on the internet I won’t be able to recommend Lower Dens without caveats:  “Pay no attention to any pictures you see of the band.  They’re not the insufferable bores you imagine them to be.  Sure, they may look like two librarians, two IT workers, and a very serious German dude, but they have these slick krautrock influences like Can and Kraftwerk and they’ve taken in a lot of Eno’s ambient work, too.  Plus, lead singer, Jana Hunter has this sly and soulful voice, both sedate and sexy, like a survivor from the ’90s shoegazer scene.  And,”  And, who am I kidding?  What you see is a picture of the world’s least interesting band.   7 out of 10 on The Rockometer

Photo of the world’s least interesting band by Shawn Brackbill