Warning: "continue" targeting switch is equivalent to "break". Did you mean to use "continue 2"? in /nfs/c06/h01/mnt/88637/domains/blog.irockcleveland.com/html/wp-includes/pomo/plural-forms.php on line 210
 I Rock Cleveland I Rock Cleveland | Twofer Tuesday: “Keep on Movin’” and “Bad Thing” by King Tuff 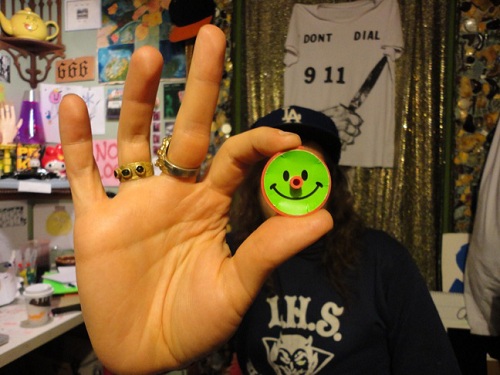 Is King Tuff an offshoot of Happy Birthday, or is it the other way around?  In 2010, Kyle Thomas, aka, King Tuff teamed up with Ruth Garbus and  Chris Weisma and released an album under the name Happy Birthday name for Sub Pop.  It was a gem of a power pop album with abundant hooks and abundant quirks.  Two years later, he’s got a King Tuff album on the way for the same label, and if the first two tracks released from this effort are any indication, he has another gem of a power pop album on his hands.  “Keep on Movin'” and “Bad Thing” are full of hand claps and teasing sing-songs, driving guitars and the occasional shout.  And really, as long as Thomas continues to combine that offbeat, immature attitude of his with those keen pop leanings he can call himself Priscilla Queen of the Desert on his next album and I’ll still tune in.  The name is not important here.  It’s the jams that matter.

King Tuff’s self-titled album, his first for Sub Pop under the King Tuff name will be released May 29th.