Warning: "continue" targeting switch is equivalent to "break". Did you mean to use "continue 2"? in /nfs/c06/h01/mnt/88637/domains/blog.irockcleveland.com/html/wp-includes/pomo/plural-forms.php on line 210
 I Rock Cleveland I Rock Cleveland | The Rockometer: Death Dreams by PS I Love You

The Rockometer: Death Dreams by PS I Love You 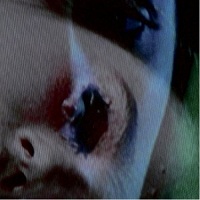 I’m going through my notebook, the one I use when preparing reviews, a little black Moleskine with a tattered I Rock Cleveland sticker on the cover, and scribbled on those unlined pages under the heading PS I Love You – Death Dream, are the names of some of the greatest guitarists Rock ‘N’ Roll has ever known.  There’s indie rock icons like Bernard Sumner of Joy Division and New Order, and Kevin Shields of My Bloody Valentine.  A little further down the page, I’ve written the names of classic rockers, Billy Gibbons of ZZ Top, Eddie van Halen, and Alex Lifeson of Rush.  And, just to make sure your expectations are even more unrealistic than they already are, I also included The Edge (U2) and Kurt Cobain (Nirvana).

This is not to say Paul Saulnier of the Canadian duo, PS I Love You, is deserving of such lofty company, or deserving of such honors as being included in Spin’s list of the 100 greatest guitarists of all time (Personally, I would have ranked him higher than 99).  But, at one point or another during the playing of Death Dreams, Saulnier’s guitar work reminded me of each and every one of those greats.

In addition to his unique tone, like a church organ sloppily rigged to pipe through a very large array of Marshall amps, blight and powerful, damaged and ecstatic, Saulnier’s other main strength is his instinctual and fearless style.  He’s either unconcerned or unaware that he shouldn’t be adding quickly picked, progressive rock show-offs against an otherwise blurry, shoegaze background; that Rush fans and Nirvana fans don’t necessarily overlap; and that many find U2 to be a bunch of pompous asses these days.  This is a man who is unafraid of the feel good guitar solo of the ’80s and can rip one without sounding obvious, cheesy, or obviously cheesy.

More impressively, all of these disparate influences are fitted within the framework of the standard three-to-four minute power pop song.  Death Dreams has songs about relationships, songs about relationships that don’t work (made abundantly clear during the chorus of “Sentimental Dishes” and its lines “I don’t wanna do the dishes/You don’t wanna do the dishes,”) and songs about, ahem, death.  And if your turned off by Saulnier’s voice — it’s high, whiny, and an acquired taste in the fullest sense, or his sometimes simple observations, you’ve got a friend in the production.  This is a murky mix with the guitars blasted to the front, often at the expense of everything else.  It’s a style that suits PS I Love You to a tee.  Here’s one of the world’s least likely guitar heroes from the town of Kingston, Ontario; a man with a generous build, unfancy glasses, and full beard; a man who looks more like a record collector than someone whose records you’d want to be collecting, nonchalantly making a power play to be noticed.  People are taking notice.  8 out of 10 on The Rockometer.

STREAM: PS I Love You – Don’t Go via Soundcloud