Warning: "continue" targeting switch is equivalent to "break". Did you mean to use "continue 2"? in /nfs/c06/h01/mnt/88637/domains/blog.irockcleveland.com/html/wp-includes/pomo/plural-forms.php on line 210
 I Rock Cleveland I Rock Cleveland | The Rockometer: Heaven by The Walkmen

The Rockometer: Heaven by The Walkmen 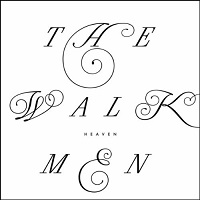 If Mumford and Sons can have a hit that still gets repeated spins on alt-rock radio, then why can’t The Walkmen have similar success? This isn’t a total dig, mind you, only half a dig. For with Hamilton Leithauser’s boozy bravado and howls of permanent throat damange long gone, The Walkmen of 2012, now with significantly softer edges, have seemingly primed themselves for wider appeal.

The thing is, and I don’t think I’m alone here, I really miss the Leithauser who would firmly plant his feet on stage, rear back, hold the mic like a young hardcore kid and let those lines of life’s little problems rip.

Sure, songs like “Love is Luck,” and “Nightingales” still have a wobbly, sea-sick beat to them and the band’s guitars still have that majestic, crystalline tone, but with all of the burliness gone, what are we left with? There’s a would be, mid-temp radio hit with “Heartbreaker,” either for The Walkmen or for whenever Mumford and Sons put down money for the cover, and the distinction of being the second best band of maturing, indie-rock balladeers, solidly behind The National. 6 out of 10 on The Rockometer.