The Rockometer: S/T by Royal Headache 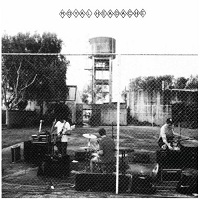 Seven words you will never hear on television: “And your next American Idol is Shogun.”  And it’s not because the lead singer of the Australian garage-rock band, Royal Headache, couldn’t win a tv singing competition.  On the contrary, the man who goes by Shogun has the pipes to rival some of the greatest male vocalists of all time, and if I was a producer looking for a ringer, he’d be on my speed dial.  Dude’s got the scruff and scratch of a young Rod Stewart fronting the Faces and a range befitting other classic, blue-eyed soul singers from England like Steve Winwood or Van Morrison.

No, his problem is his name and his game.  America would never fully embrace the lead singer of a no-frills, throwback rock band from down under unless his handlers convinced him to drop the band, drop the name, and follow Michael Bolton’s, cheese-lined road to fame, complete with a perm and soul-sucking romanticism for the daydreaming housewife.

Or would they?  Adele is arguably the biggest pop star around and The Black Keys are one of the biggest rock bands around, and neither of them are breaking new ground.  So, let’s hear it for Shogun and Royal Headache!?!

Well, before we get ahead of ourselves and anoint another unknown as the savior of rock, we should probably take a closer look at the band behind the man, right?  With production credits shared by Mikey Young of Eddy Current Suppression Ring, the music works in the usual garage-rock revival realm as many other acts, albeit with one distinct advantage: Young has imparted upon Royal Headache the same ramshackle, banging and clattering chaos of his own band.  It’s as if the next missed note could lead to a fistfight for the ages with shattered hands, trashed gear, and ultimately, a shattered band.  This style works to their advantage on the album’s stronger numbers like “Girls,” “Down the Lane,” and “Honey Joy,” but really shows its limitations on the instrumentals “Two Kinds of Love” and “Wilson Street.”  With such a strong and talented frontman like Shogun, there’s really no reason to be dropping instrumentals when an obscure soul cover or two would fill album space in a much more interesting way.  Really, “Zip a Dee Doo Dah” or Annie’s Theme Song  would do, too, as long as Shogun is singing.  The man’s got the voice.  8 out of 10 on The Rockometer.