Warning: "continue" targeting switch is equivalent to "break". Did you mean to use "continue 2"? in /nfs/c06/h01/mnt/88637/domains/blog.irockcleveland.com/html/wp-includes/pomo/plural-forms.php on line 210
 I Rock Cleveland I Rock Cleveland | The Rockometer: Endless Flowers by Crocodiles

The Rockometer: Endless Flowers by Crocodiles 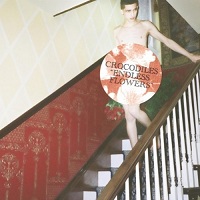 Three albums into their career, and the West Coast noise pop group, Crocodiles, are still better defined by name dropping other bands like Jesus and Mary Chain, Echo and the Bunnymen, and Black Rebel Motorcycle Club than by noting anything that is uniquely Crocodiles. Even here, on Endless Flowers, as they attempt to incorporate the varying styles of Brit Pop, The Paisley Underground, and new wave fit for a John Hughes movie soundtrack, they’re no closer to crafting their own identity. Granted none of this matters when you have a pop song as good as “Sunday (Psychic Conversation #9).” It’s a fun, danceable track with swarms of groundless guitars and a bright upbeat melody, and just the right amount of unhinged noise in the bridge to give it an edge over your standard power pop, the type of track that would have had them top of the alt-rock charts during the ’90s. And, with the right amount of exposure, it could even raise their profile in today’s era. But when you get to the meat of the album, and the songs are just standard, and not exceptional, you’ll have a difficult time not switching mid stream to other bands who did the noise pop thing before, did it better, and did it with a stronger sense of self. 6 out of 10 on The Rockometer.