Warning: "continue" targeting switch is equivalent to "break". Did you mean to use "continue 2"? in /nfs/c06/h01/mnt/88637/domains/blog.irockcleveland.com/html/wp-includes/pomo/plural-forms.php on line 210
 I Rock Cleveland I Rock Cleveland | The Rockometer: WIXIW by Liars 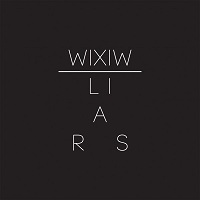 Whenever an art-rock band, like Liars, ditches their guitars for minimal electronics, as they do on WIXIW, the Kid A comparisons will follow, fair or not. So, why fight it? Lead vocalist, Angus Andrew even mumbles like Radiohead’s Thom Yorke through much of the album, a work of evocative moods and carefully planned atmospheres lacking in immediate hooks. It really does sound familiar, doesn’t it?

One keen difference between these two works, besides Radiohead being the biggest and best band EVER and Liars operating in relative obscurity, is that unlike Yorke’s crew, who tend to keep up with the cutting edge in EDM, Liars have chosen to reach further back in electronic music history and augment many of the textures found on Eno’s ambient works with modern beats and chunks of found sound.

As a result, WIXIW is not the type of album that’s immediately rewarding or immediately revealing, for that matter. Much of its complexity remains hidden during those initial, cursory listens. Lead single, “No 1 Against the Rush,” easily has six or seven competing melodies working within the mix, a feature easily overlooked when watching Youtube on a computer screen. And, “A Ring on Every Finger,” with its squishy beats, like jello around every wire, and unpredictable squelches, could be one of those unlikely dance hits, like Radiohead’s “Idioteque,” because its able to counter the weird with well-timed handclaps, that universal cue to get up and get down. Just give it some time, and if you’ve stuck with Liars through their first decade, turn out for the tour. I have a feeling that once some added volume is added to the mix, and those beats rumble and those squeaks start to shake your inner ear, you’ll find everything in its right place. Sorry, I had to get one more Radiohead reference in there. 7 out of 10 on The Rockometer.

VIDEO: Liars – No. 1 Against the Rush