Warning: "continue" targeting switch is equivalent to "break". Did you mean to use "continue 2"? in /nfs/c06/h01/mnt/88637/domains/blog.irockcleveland.com/html/wp-includes/pomo/plural-forms.php on line 210
 I Rock Cleveland I Rock Cleveland | “State of Non-Return” by Om

“State of Non-Return” by Om 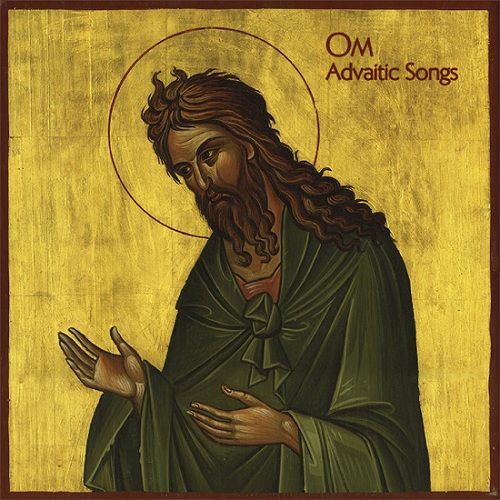 When Emil Amos replaced original Om drummer, Chris Hakius, in 2008, he brought with himself more than a drum kit.  You see, the multi-instrumentalist Amos also plays in the like-minded outfit, Grails, and helped usher Om away from the minimal, bass and drum ruminations that characterized their first three studio releases.  Consequently, beginning with the 2009 release, God Is Good, those same spiritual and mystical chants, steeped in the tradition of Tibetan monks in style, but not always substance, were accompanied by a much more vibrant tapestry of sounds.

Now, “State of Non-Return,” from  the forthcoming Advaitic Songs, represents another transition for the duo.  Well, maybe it’s more of a correction.  For while that expanded instrumentation served them well in terms of shaking the band from a creative stalemate, something was lost in the first translation.  That something was the bass of Al Cisneros, the mega-heavy one that used to go, “BRR-BRR-BARUMBLE-BRR-BRR.”  Sure, he still had a bass, but it was just one of many elements, not one of three, and it was no longer testing the structural integrity of living room walls.

In what has to be a welcome development for those long-time fans, Al and his burly-rumble machine are back.  Om are no longer forcing themselves to make the choice between being heavy and being free from self-imposed constraints.  Pounding rhythms can and do share space with lighter, Eastern-influenced, string melodies, providing a better defined contrast between good and evil, heavy and light, and facilitating the listener to a deeper connection with Om and their ongoing spiritual quest.

Om’s latest full length, Advaitic Songs, will be out July 24 on Drag City.