Warning: "continue" targeting switch is equivalent to "break". Did you mean to use "continue 2"? in /nfs/c06/h01/mnt/88637/domains/blog.irockcleveland.com/html/wp-includes/pomo/plural-forms.php on line 210
 I Rock Cleveland I Rock Cleveland | Twofer Wednesday: Jams by Thee Oh Sees and Nu Sensae 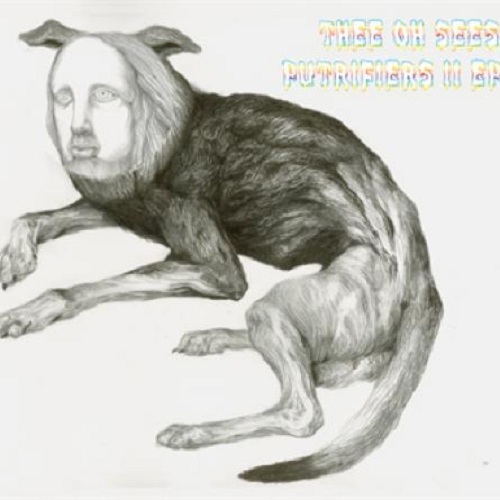 It’s been a few years since I’ve studied Latin, but if my memory serves me correctly, “Lupine Dominus,” the title of the first track released from Thee Oh Sees’ forthcoming album, Putrifiers II, translates roughly to “Poor man got his head stuck on a dog.” Or, “Lord of the Wolves.” Either one would work, really. The title isn’t that important. It’s the groove that matters and this groove is one heavy groove of squawk and krautrock, taking its cues from the band’s late 2011 release, Carrion Crawler/The Dream, and tweaking the shit out of it.

Putrifiers II will be out September 11th on In the Red Records.

RIOT GRRRL RAWK! Excuse my capitalization and misspelling, Nu Sensae’s single, “Swim,” does this thing to the innards of computers whenever the words RIOT GRRRL or RAWK! are typed and this jam is blaring through the headphones. Think of it like a virus, a particularly dirty virus originating from the Pacific Northwest during that time when women with guitars took a look back at the original RIOT GRRRLS of the ’70s and their power rock outfits and said, “We can do it louder. We can do it faster. We can do it creepier, scuzzier and better!” And they did and their music empowered and it could peel the paint off of walls. “Swim,” is a lot like that, too.

Sundowning will be released August 7th on Suicide Squeeze Records.