Warning: "continue" targeting switch is equivalent to "break". Did you mean to use "continue 2"? in /nfs/c06/h01/mnt/88637/domains/blog.irockcleveland.com/html/wp-includes/pomo/plural-forms.php on line 210
 I Rock Cleveland I Rock Cleveland | 2012 Pitchfork Music Festival: Japandroids 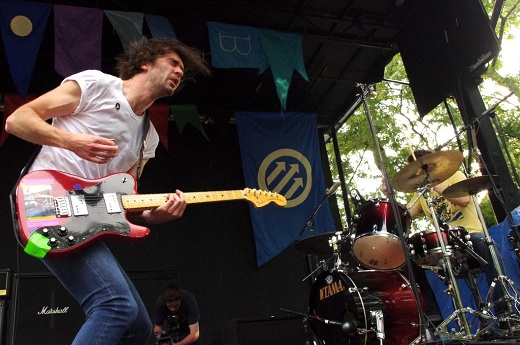 Do you want to hear about my day?  Or, would you like to hear about Japandroids’ Friday evening set at the 2012 Pitchfork Music Festival?

Let me tell you about my day.  Due to an early morning deadline for this freelance gig I picked up for Thursday’s Vampire Weekend show at the House of Blues for the English mag NME, I got a late start on my drive into Chicago from Cleveland.  Ohio was cool.  Indiana was cool.  Once I crossed Indiana, I sat in traffic for two hours on 90.  That wasn’t cool.

My photographer and I, now sweaty from sitting in my no AC car for two hours, checked into the hotel, did a quick freshen up (her fresher than me), and set out for the festival grounds.  Knowing we were behind schedule we figured we’d pick up a cab outside the hotel.  I tell the cabbie, “Union Park, it’s only a mile away.”  He says, “There is no Union Park.”  I assure him, “Yes, there is a Union Park and that’s where the Pitchfork Music Festival is going on right now.  He consults with another cabbie and then the valet.  I’m fiddling with my smartphone which at this moment would rather confirm his contention that Union Park does not exist than show a map with a one-mile route.  He comes back, “There’s a Millenium Park.  There’s a Grant Park.  Those parks have music.  No Union Park.”  We walked.  It rained.  Hard.

And that’s one reason why, when we finally got to the festival and finally found our way to the side stage, the Vancouver duo, Japandroids sounded so fucking good.

The other reason was this: 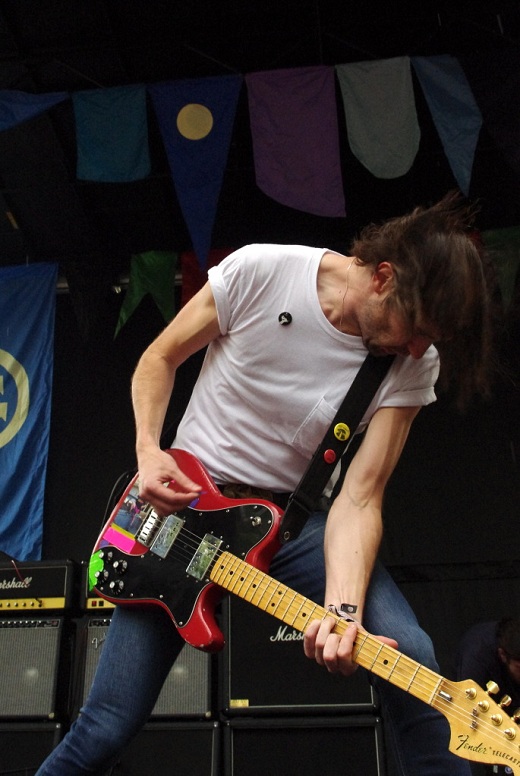 They ripped and tfhey had no regard for the hearing of their future selves.  After opening with “Adrenaline Night Shift,” one of their many punked up, classic rock anthems, they turned it up louder.  “Younger Us.”  Louder.  “Fire’s Highway.”  Louder.  Before tearing into “Wet Hair,” from their 2009 debut album, Post-Nothing, guitarist Brian King told the sound booth, “I think we can get even louder.”  And they did.

Unlike their recent Cleveland stop at the Grog Shop, the loudness did not wreck their set into a mangled mess of bulldozed sound.  Here, in the open setting of a festival, one could feel and hear all of that power in all of its distorted glory and still identify individual songs.  How novel!  And how fun for all of those packed tightly against the stage.  Those kids were one big, screaming pit of hopping and fist-pumping through it all. 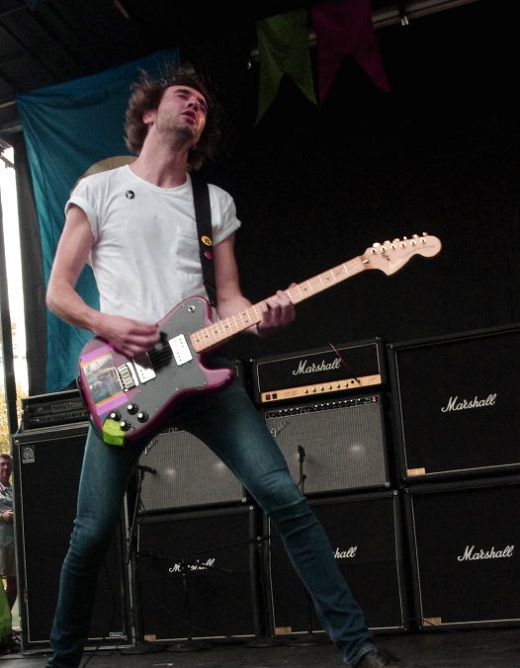 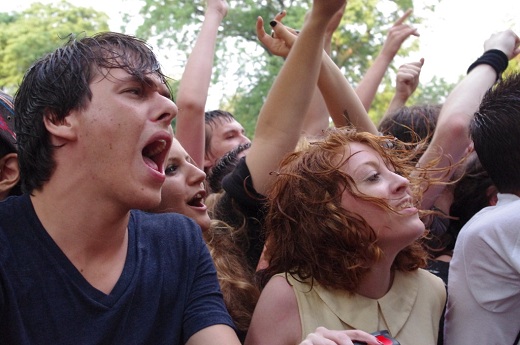 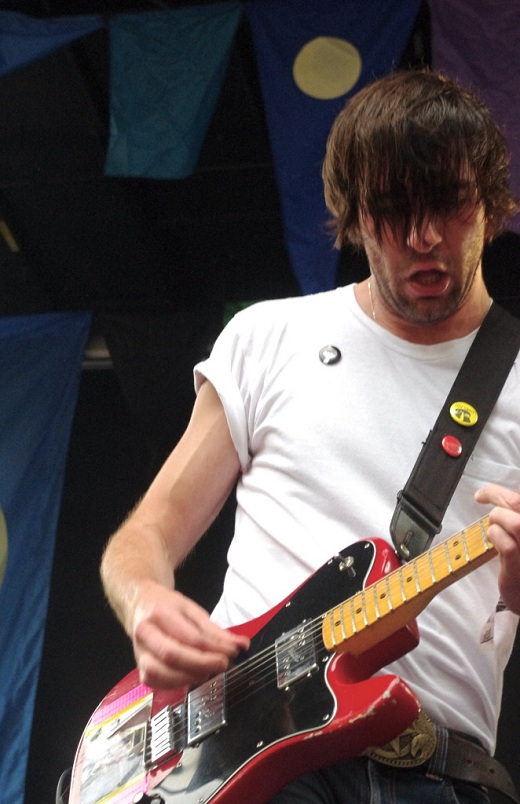