Warning: "continue" targeting switch is equivalent to "break". Did you mean to use "continue 2"? in /nfs/c06/h01/mnt/88637/domains/blog.irockcleveland.com/html/wp-includes/pomo/plural-forms.php on line 210
 I Rock Cleveland I Rock Cleveland | 2012 Pitchfork Music Festival: Cloud Nothings 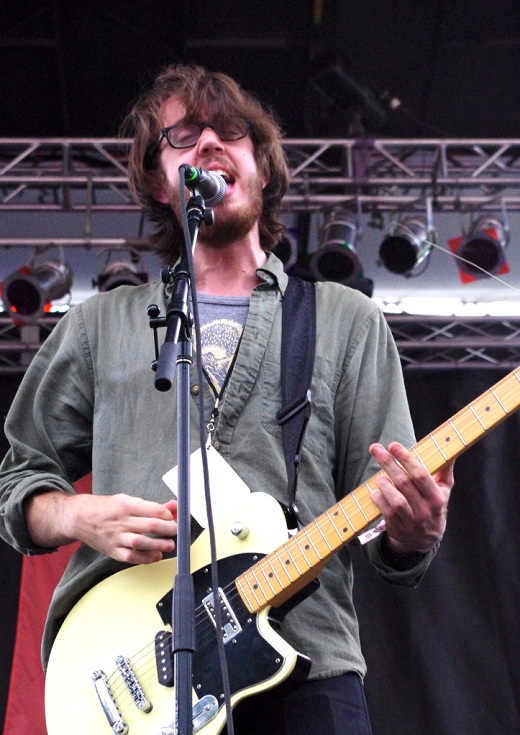 Looking more like an extra from the Cameron Crowe movie Singles than the young man who charmed critics with bedroom pop songs, Dylan Baldi confidently took the stage early Saturday afternoon with the rest of his Cleveland band, Cloud Nothings, and proceeded to tear through selections from their new, and very much heavier album, Attack on Memory. If you happened to catch the band outside the Rock Hall Wednesday night, then you already knew what you were getting — Songs and a sound, with short, sharp blast of guitar that could have belonged to touchstone indie rock labels like Sub Pop or Touch and Go in the ’90s. Then, midway through the set, Baldi, Jason Gerycz (drums), Joy Boyer (guitar) and TJ Duke (bass) would jam on the already nine-minute “Wasted Days,” for an extra nine minutes. This was the point on Wednesday night when the group lost a few in attendance. Saturday afternoon, however, things were different. Very different. The sky opened up just as Gerycz laid down the motorik beat and Baldi and Boyer began to trade aggressive guitar chords. Undaunted, the band continued, picking up tempo and intensity. Unimpressed, mother nature responded with more wind and rain which now came down in sheets. Now, we had ourselves a moment, maybe, the moment of the festival. The Cloud Nothings and the rain clouds kept playing this game of one-upmanship. Something had to give, and it was the power to the festivals sound. So, nature won, right? Fuck no, those troopers on stage, now surrounded by puddles, and already the victims of one serious short, kept on ripping for the final three minutes of “Wasted Days” without any extra amplification. That’s how Cleveland rocks. 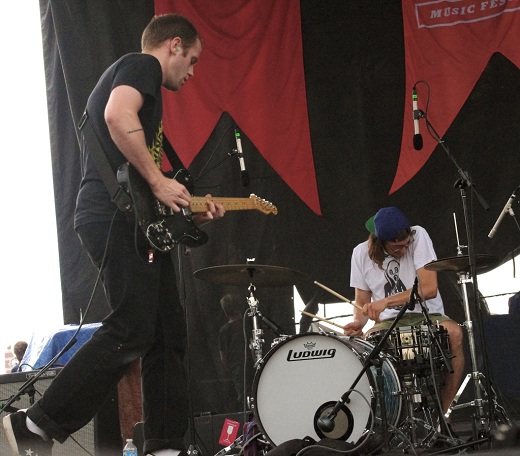 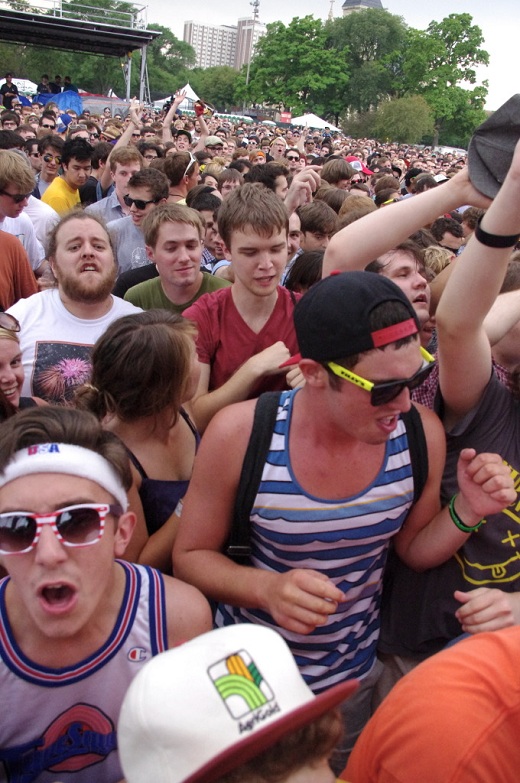