Warning: "continue" targeting switch is equivalent to "break". Did you mean to use "continue 2"? in /nfs/c06/h01/mnt/88637/domains/blog.irockcleveland.com/html/wp-includes/pomo/plural-forms.php on line 210
 I Rock Cleveland I Rock Cleveland | 2012 Pitchfork Music Festival: Godspeed You! Black Emperor 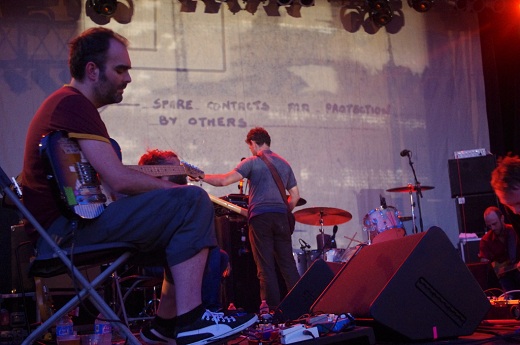 There is no one right way to enjoy the music of the Canadian, post-rock collective Godspeed You! Black Emperor. During their Saturday night headlining set at the Pitchfork Music Festival, for example, I spotted dudes in long-hair headbanging. Some, laid down in the grass and closed their eyes. Others were so wired, they wouldn’t be closing their eyes for hours, maybe even days. Another man, played speed hackey sack with himself. Then, there was the couple in short, spandex shorts who spent the set walking around the grounds making sure everyone saw them in their short, spandex shorts. All are acceptable reactions. The only rule to a Godspeed show is that you must, must be patient. Layers of the crowd peeled away as band members anonymously walked onto stage to droning static, sat themselves in a half-circle, like a concert ensemble, and added minimal melodies of violin, stand-up bass, and guitar to that persistent buzz.

I wanted to scream to each and every person walking away, “It gets better!” You see, Godspeed does this thing where they take a basic folk melody, be it a waltz, traditional American, or Middle Eastern, and work it from minimal, repeating the same, basic, whole notes one at a time, to big, fucking grand. There’s counter melodies to the counter melody. Then, all those guitars and strings will align to thrash power chords until one-by-one, they drift off again. Maybe you spy the projection behind the band, and it’s a spliced movie reel littered with text, or the scene of industry and humanity burning to the ground. This is music that communicates the whole of the human condition, from desolation and despair to glory and triumph, and it fucking rules and all you have to do is be patient. Or, you can leave. Your choice. 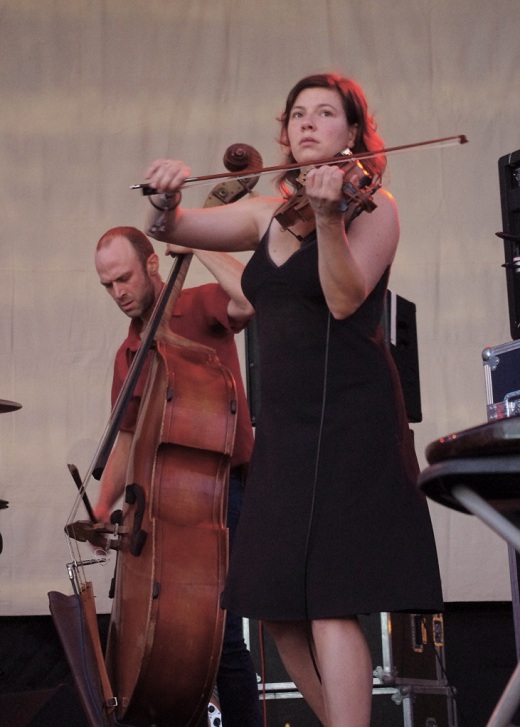 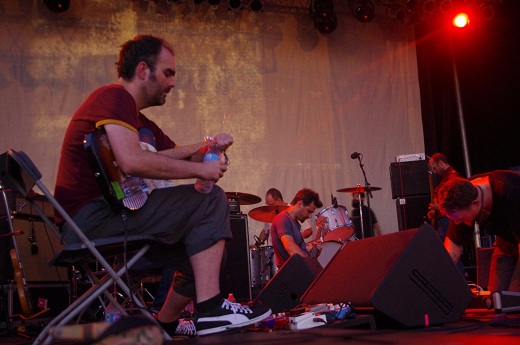 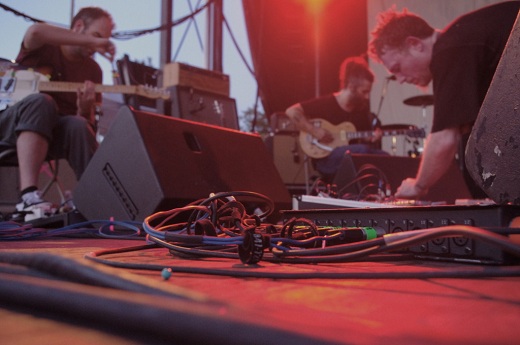