Warning: "continue" targeting switch is equivalent to "break". Did you mean to use "continue 2"? in /nfs/c06/h01/mnt/88637/domains/blog.irockcleveland.com/html/wp-includes/pomo/plural-forms.php on line 210
 I Rock Cleveland I Rock Cleveland | 2012 Pitchfork Music Festival: Liturgy 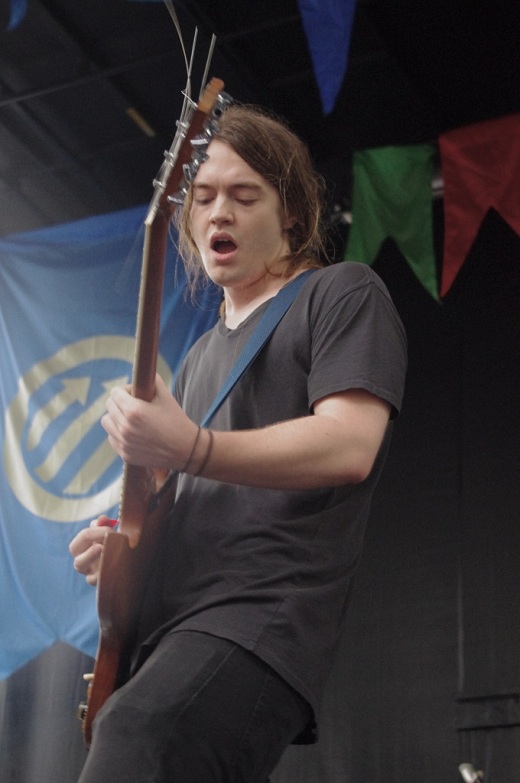 If you know one thing about the NYC metal band, Liturgy, it’s probably this: The metal underground hates Liturgy as much as punks despise jam bands. To those people, Hunter Hunt-Hendrix is a usurper and a poser, stealing the rapid-fire beats and thunderous chords of black metal, but not ever once buying into all of the other trappings that go along with the genre, like corpse paint, for example. He has no visible tattoos, either. He’s softly spoken and polite. He thinks of himself as a philosopher and found a style in black metal to fit his beliefs, er, screams.  How dare he!

Another thing you may not know about Liturgy is that Earth Goddess hates Hunter Hunt-Hendrix, too. At the very moment guitarists Hunt-Hendrix and Jason Nocito began to shred to those quickly programmed, bludgeoned beats, we got our second downpour of the day, one that may have been even stronger than the one that cut short Cloud Nothings set.

There’s a second way to interpret the day’s happenings — Perhaps all of that raw emotion and all of those arching guitar chords, where so powerful that they shook the rain right out of the sky. It really depends on what you think of Hunter Hunt-Hendrix as a man and Liturgy as a band. 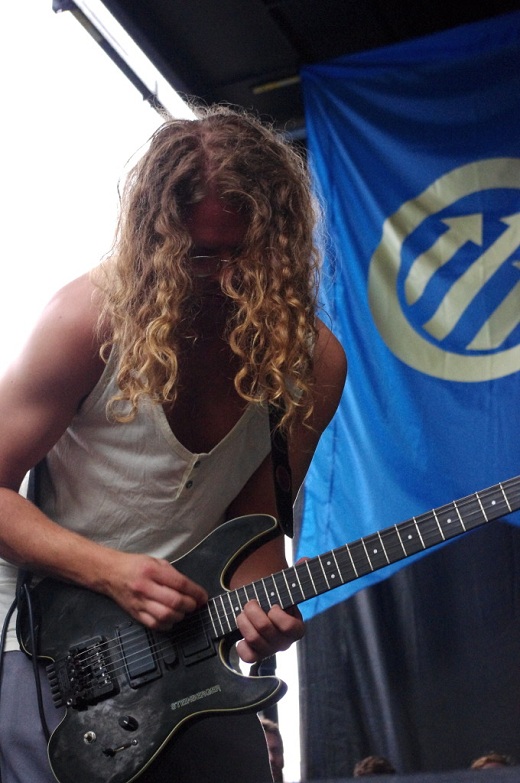 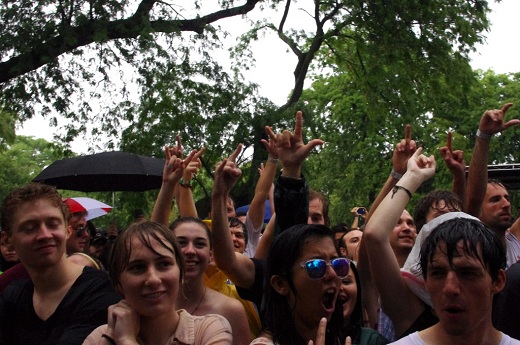