Warning: "continue" targeting switch is equivalent to "break". Did you mean to use "continue 2"? in /nfs/c06/h01/mnt/88637/domains/blog.irockcleveland.com/html/wp-includes/pomo/plural-forms.php on line 210
 I Rock Cleveland I Rock Cleveland | 2012 Pitchfork Music Festival: Wild Flag 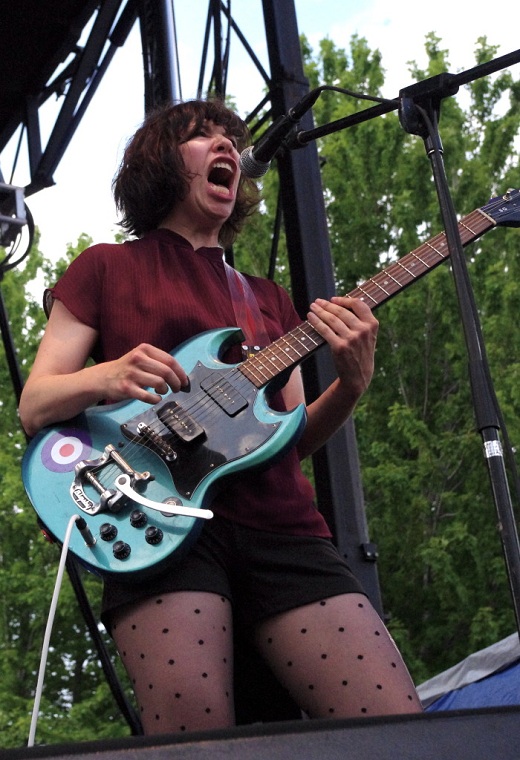 For younger fans, the main draw of Portland’s Wild Flag was seeing Carrie Brownstein from the hipster-skewing, sketch comedy show Portlandia play in a Rock ‘N’ Roll band. Older fans, had a different reason to catch the set. Brownstein once spent time in the influential, all-girl, rock band Sleater-Kinney and her co-lead, Mary Timony paid her dues in Helium. And with Rebecca Cole on keyboards and Janet Weiss on drums, they released an upbeat and infectious, and very well received debut album rooted in new wave, classic punk, and garage rock. To the women of Wild Flag, however, all smartly dressed in skirts or shorts and blouses (save Weiss, who went more practical), it hardly mattered why you showed up at the red stage, they were going to make sure you had a good time.

With little more than a walk, a wave, and a smile they first gave the vets something to cheer about by covering Television’s classic punk track, “See No Evil.” Here, witnessing Wild Flag cover one of their idols, one can easily see how the slithery, side-winding guitar style employed by both Tom Verlaine and Richard Lloyd on Television’s seminal work would come to guide their playing on numbers like “Future Crimes” and “Something’s Come Over Me” later in the set.

The influence of Brownstein’s comedy work, meanwhile, was a little more subtle. With a straight-faced, almost robotic expression she employed practically every trick in the guitar book. Sometimes her move would be nothing more than an awkward bend or a quick turn. Other times, she would leap high in the air, curl her legs in a vee, and land with a stomp. She would point the guitar neck stiffly and stiffen her jaw. She would trash her head and let her bangs cover her eyes so that only her red lipstick was showing. She had the classic, one-legged kick, too. Hell, she could teach a class at the school of rock guitar moves.

Her and Timony could play those things, too. During “Racehorse,” the second-to-last song of the evening, they traded complimentary riffs, adding a psych-out, jam-out movement to this riot girl rock number. At one point, Browstein pointed her guitar neck down to the ground, steadied it with her chin and rubbed the strings for the sickest distortion. Then, just as you thought Wild Flag were done with this one, they brought the initial melody back for a couple more bars. Yes, they’re more than a good-time band with a comedienne on board. They rock and Brownstein was right to pose with her guitar, one hand on the base, neck pointed straight up to the sky.

Their set would end with “Romance,” a track Brownstein dedicated to both those in attendance and to music, in general. The crowd graciously replied with their biggest reaction, yet. One could see all manners of dancing, bopping, and nodding. Then, with one last rock move, one more gift, Brownstein whipped out a Pete Townsend windmill, and another, and another, and another windmill, never once coming close to the strings. That’s comedy, for you Portlandia fans out there. 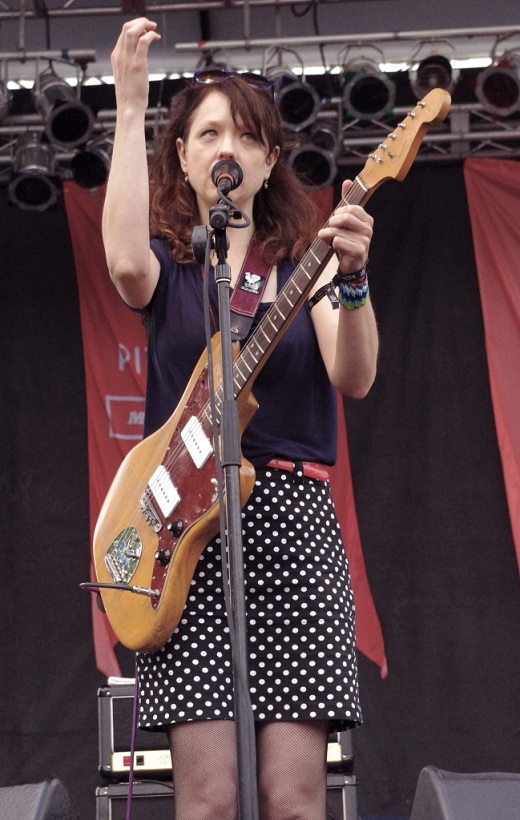 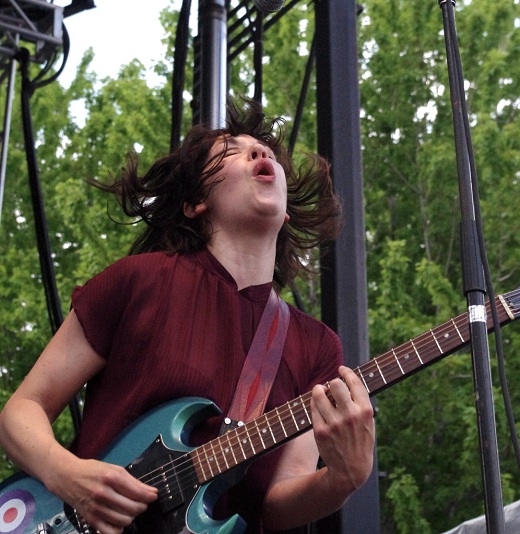