Warning: "continue" targeting switch is equivalent to "break". Did you mean to use "continue 2"? in /nfs/c06/h01/mnt/88637/domains/blog.irockcleveland.com/html/wp-includes/pomo/plural-forms.php on line 210
 I Rock Cleveland I Rock Cleveland | 2012 Pitchfork Music Festival: Milk Music 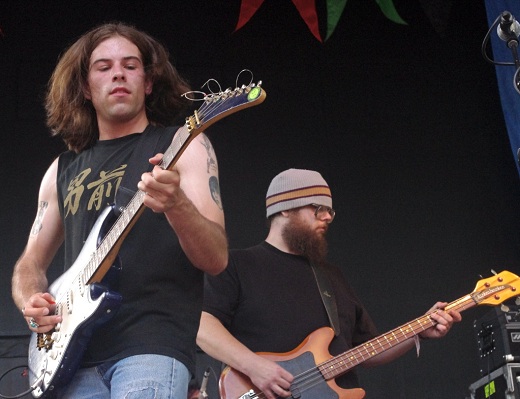 Alex Coxen, the lead singer for Olympia Washington’s Milk Music is an interesting character, to say the least.  With his long, blonde hair, and mellow disposition, he had this whole Jeff Spicoli, surfer vibe to him when he first took to the mic.  Every word he spoke between songs was forgettable and/or regrettable.  Take, “Fuck your parents.  Kill Yourself.  Ha Ha Ha!” for example, or all of the other random f-bombs tossed to the crowd.  When he sang, however, he came off as a hard-rock Paul Westerberg, all haggard and scruffy, a strain to hit each and every note.  Later, he would show himself to be prone to fits of anger, at one point giving the mic stand a solid round-house kick to the chops, because, well, who the hell knows why.

When Milk Music wasn’t fuckin’ around and treating their festival gig like a practice, they could really shred, like few others at an indie rock festival.  Considering their geography, one wants to make comparisons to other, much more famous bands from the Northwest.  Mudhoney’s a decent enough start.  There’s enough hard-charging rock in their extensive catalog.  Yet, when they soloed, the two guitars ofter riffed in unison, more Like Thin Lizzy than anyone who got lumped in with the grunge parade.  Now, if we could do something about that momentum, specifically, the lack of it, and we’d have a band worth recommending. Until that time, enjoy the EP.  It’s a round-house of a kick to the chops, too, but in a good way and you won’t have to sit through painful breaks between each and every track. 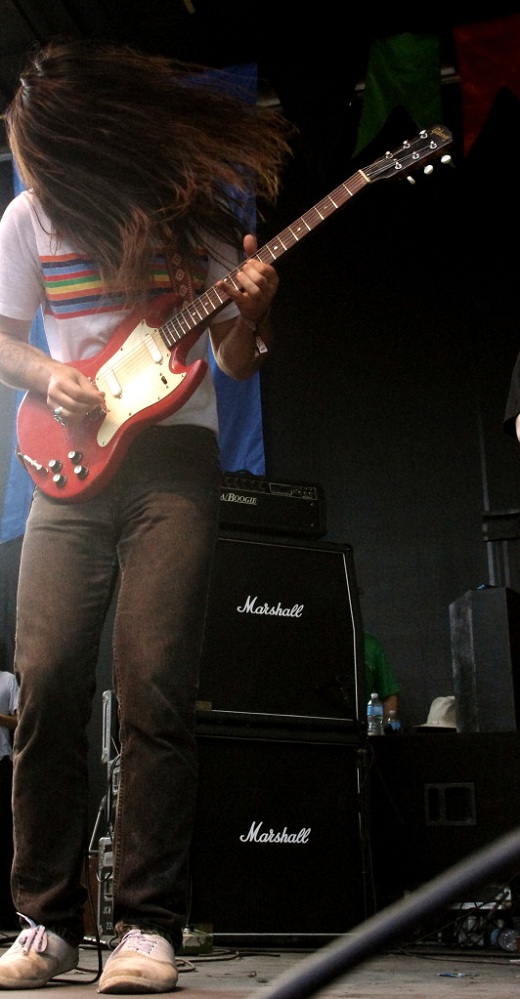 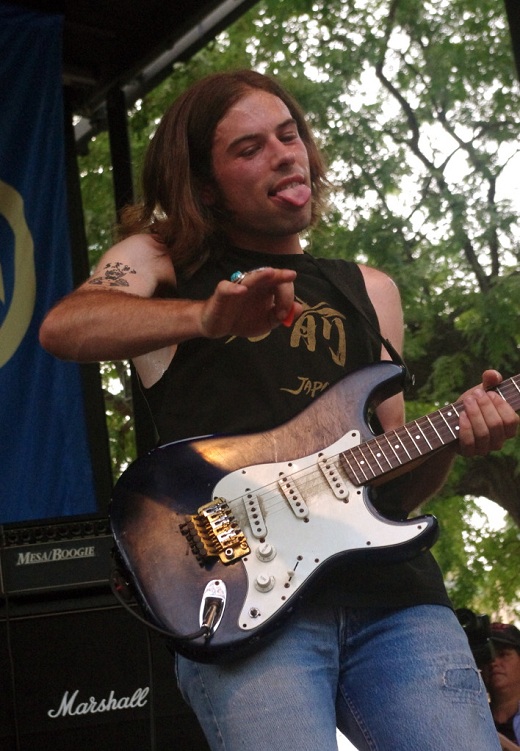