Warning: "continue" targeting switch is equivalent to "break". Did you mean to use "continue 2"? in /nfs/c06/h01/mnt/88637/domains/blog.irockcleveland.com/html/wp-includes/pomo/plural-forms.php on line 210
 I Rock Cleveland I Rock Cleveland | 2012 Pitchfork Music Festival: Thee Oh Sees and Ty Segall

Rock o’clock came seven hours early to Chicago on Sunday.  At 2:50, Thee Oh Sees were set for the  Blue Stage.  Back at the main grounds, Ty Segall would go on at 3:20 on the Red Stage.  25 minutes later, it would be back to the Blue Stage for The Men.  Choices had to be made.  Half-sets had to suffice.  Scheduling a music festival is a bitch and at some point during the weekend someone’s gonna get fucked due to overlapping set times.  This year it was my turn, with every band of personal interest crammed before 4:30 on Sunday, and nothing else on tap ’til Vampire Weekend’s weekend-capping set at 8:30. 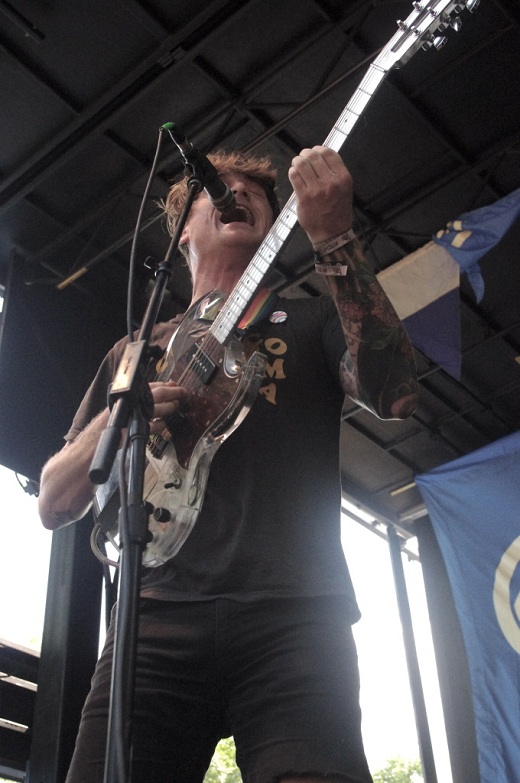 With both guitarists holding their guitars tight, practically up to their necks, the San Francisco garage rock band, Thee Oh Sees, were as quirky as promised.  What was surprising, however, was how much they screeched; How much harder they rocked; How even more nutso they were considering the fact they were only touring as a four-piece.  Once they got going ,they made enough racket for a band twice their size.  No, this was not garage pop,  This was a wicked, drugged-up dance party where every sound echoed and peaked and every word became a banshee wail.  And just as I, and let’s say a couple hundred of my new rocker friends, got to get down to tracks from their 2011 album, Carrior Crawler/The Dream, guitarist/vocalist, John Dwyer, spoke over the PA to his tour buddy, Ty Segall, way over on the opposite end of the grounds, “Hey, Ty, Can you hear me over there?”  And even as Dwyer noticed the cheers and continued, “Oh, no.  Don’t go over there, please stay here,” to those who had already started to shuffle, we still took it as our cue to leave. 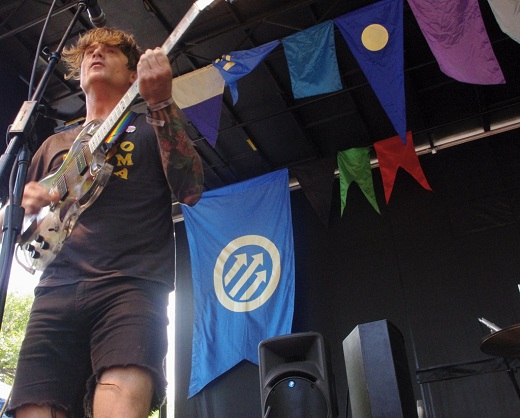 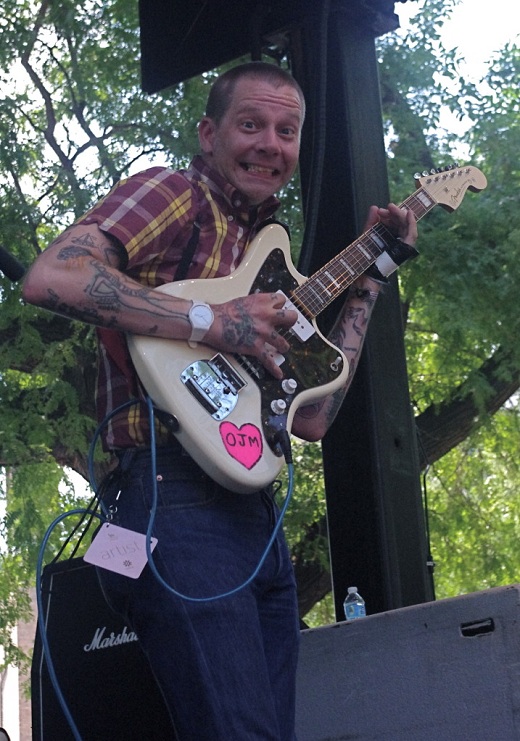 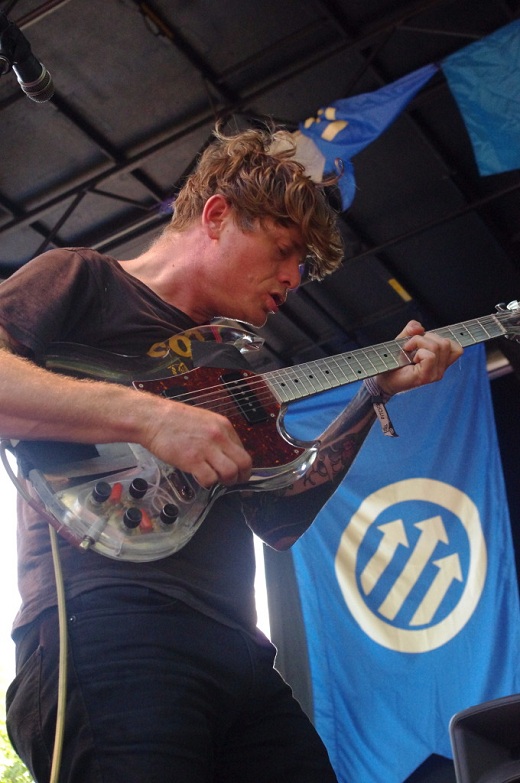 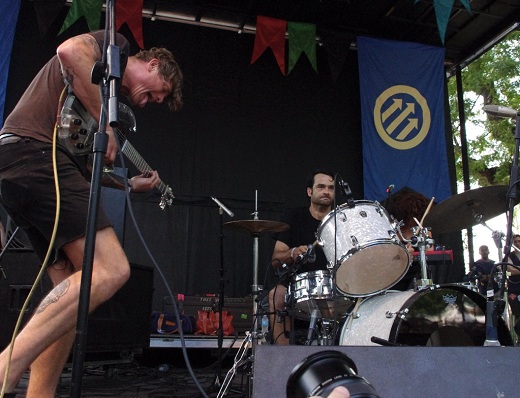 Over on the Red Stage, Rockin’ Ryan Murphy was introducing the Ty Segall Band with his trademark, dry wit.  He made sure everyone down front knew the three rules of  mosh pits.  1) When in the pit, love each other.  2) Those genitals in your hand may not be your own.  3) Make sure those are your own genitals in your hand.  This is a happy pit. 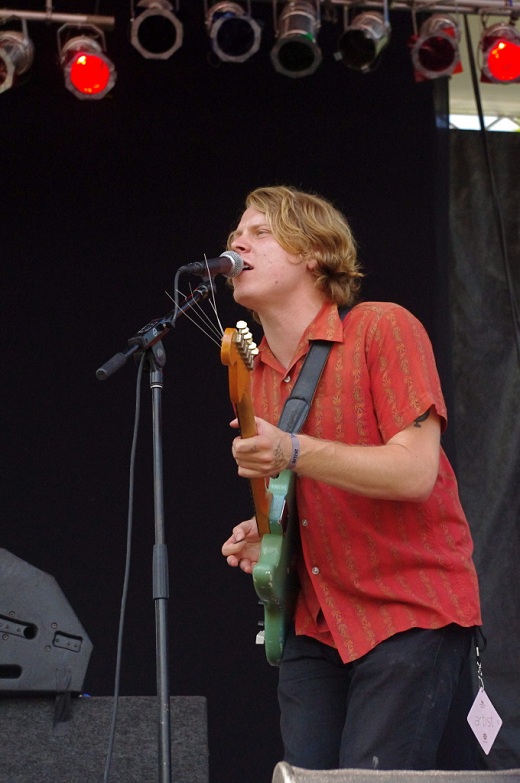 With that bit of advice in hand (pun intended) and a “Who’s Ready to Rock?” from Ryan, Segall’s band were on.  And, nan, were they on.  Of the five songs I was able to take in (remember the Men were due on in another 25 minutes) most came from his recent Ty Segall Band record for In the Red Records with “I Bought My Eyes,” being as good as song as any for capturing the afternoon’s vibe.  Imagine, for a moment, if rock’s history were rewritten and Sabbath came before The Sonics, and it was normal to lavish garage rock jams with all sorts of tweaky  feedback and sludge.  If there wasn’t enough feedback and distortion; if the sludge was only dirty motor oil thick and not tar pit thick, Segall and second guitarist, Charlie Mootheart, would head bang it out, or walk back to their stacks for even more fuzz.  Even when they went to the back catalog, the solos were wild, heavy, and ecstatic, as if they were a band of teenage metalhead prodigies who just discovered  a crate of their dad’s old LPs and also found the key to the liquor cabinet. 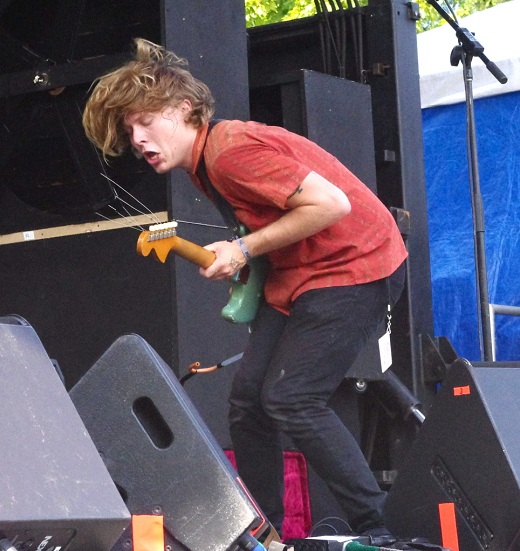 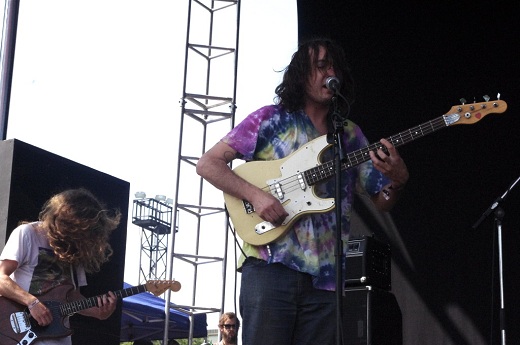 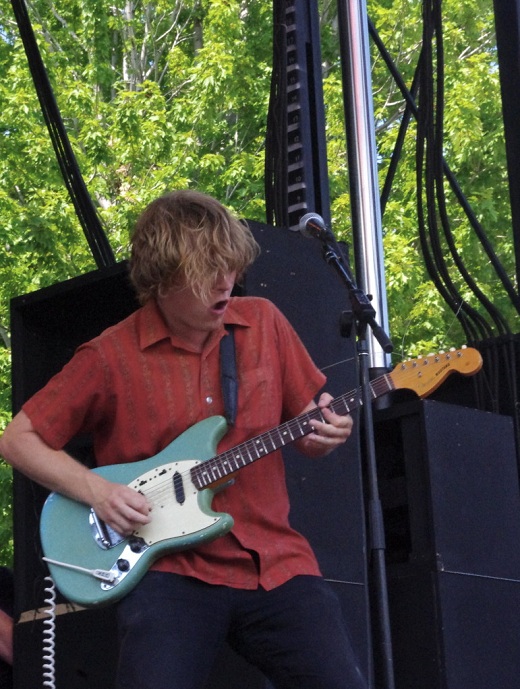 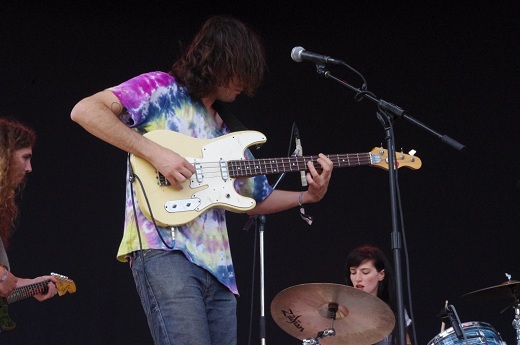