Warning: "continue" targeting switch is equivalent to "break". Did you mean to use "continue 2"? in /nfs/c06/h01/mnt/88637/domains/blog.irockcleveland.com/html/wp-includes/pomo/plural-forms.php on line 210
 I Rock Cleveland I Rock Cleveland | The Rockometer: Peacefield by National Suicide Day 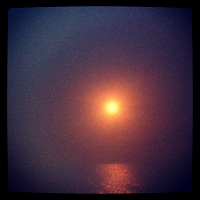 Tuesday night and the headphones are on, in the dark, with only a glow from the Indians and Tigers on the TV. I’m going through the website’s review queue, which is now eight albums strong, first Om and then this National Suicide Day album comes on, and I’m thinking, “Like I’m going to review all of these albums. What can I cut? What can I put off for a week or two?” And then, wham, “Fuck, man, why haven’t more bands run with the idea of two-ton heavy soul, like National Suicide Day?” And, wham, again, “Has there been a better Clevo album in the past five years?” It all kinda hit and it all came back like that — The series of shows this NEO trio played in around 2008-2009; The rippingest version of Neil Young’s “Down By the River” never put to tape; My mind blown, my neck whipped and morning bangovers; And then nothing until a Facebook update by National Suicide Day’s Lawrence Caswell earlier this year that read, and I’m paraphrasing here, “Look what I found today! The National Suicide Day master tapes.” To think Peacefield was almost lost to time.

True, there have been other bands who have done the heavy soul thing. Tracks by both John Spencer Blues Explosion and The Dirtbombs come to mind. But, no one, has done it quite like this. Peacefield is neither genre fusion nor pure devotion. Rather, it’s traditional American music, be it gospel or soul, country or folk, played with heft, and then more cabinets and more heft, and every amp on every stack hitting ten.

Caswell’s bass is set to perma-rumble, strong enough to create fissures in the strongest housing stock with its low end distortion. Drummer Sean Djuric tries to match Caswell quake for foundation busting quake. It’s no easy task. While Jason Conrad Schafer’s guitar, operating in higher space, prefers a crackling wail, either adding even more force to the underlying melody or acting the foil to Caswell’s wolfish, huff, puff and howl behind the mic.

If you need further comparison, think Sleep’s genre-defining, doom opus, Dopesmoker, but instead of being an hour plus ode to being stoned out of your gourd, it being a survey of the roots of American music. Songs like “The Seed,” “Thought I’d Let You Know,” and “Sula” all carry strong undercurrents of classic, Detroit soul. When the tempo is cut down a notch, as on, “Outstanding,” the metal edge becomes more apparent.

“Burn Baby Burn,” meanwhile, can trace its roots to folk and Southern rock, but, as is the case with pretty much everything on Peacefield, the trio adds uncommon muscle to their interpretation. And speaking of uncommon muscle, the Gil-Scott Heron cover, “Winter In America,” eradicates all smoothness of the original and makes the urban scene even more bleak when Caswell’s bass bulldozes blocks at a time and Conrad’s guitar screeches like a sickened police siren unable or unwilling to stop the destruction.

Now, an hour later, with my ears sufficiently bludgeoned and bloodied, my thoughts take another turn: “Let’s get this beast of a record on vinyl, where it can do even more damage. There’s this thing called Kickstarter. We have a pressing plant in town. We’re only talking about the finest Cleveland rock can offer.” Someone make it happen. 11 out of 10 on The Rockometer.

Note: National Suicide Day’s Peacefield is a digital only release available for whatever you want to pay at Bandcamp.

Also Note: Yes I did plagiarize myself. The first paragraph of this review was largely lifted from this very own website’s Facebook update on 7/24.