Warning: "continue" targeting switch is equivalent to "break". Did you mean to use "continue 2"? in /nfs/c06/h01/mnt/88637/domains/blog.irockcleveland.com/html/wp-includes/pomo/plural-forms.php on line 210
 I Rock Cleveland I Rock Cleveland | The Rockometer: Centipede Hz by Animal Collective 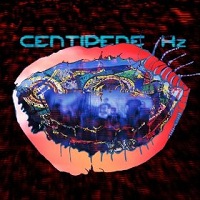 One of my fondest Animal Collective memories comes not from the band, itself, but from Fucked Up’s burly and gregarious frontman, Damian Abraham, who complemented the crowd at the 2009 Pitchfork Music Festival during his band’s set by saying, “You guys are a 9.9. You’re much better than that Animal Collective record which sounded like fish.”

Others, were quick to point out, he probably meant Phish, with a “Ph,” the jam band who dominated college keggers in the ’90s.  Phish or fish, either way, it’s an apt comparison for both a band whose fervent fan-base erects an imposing barrier for acceptance into their clique, and a group whose often amorphous song structures, formless electronics, and gurgled vocals combine to sound like a jam band session recorded in the deep end of the pool.

Centipede Hz does not sound like Phish, or fish, or Phish underwater, although the clanging barrage of sounds found here, from Casios to calliopes, Texas Instruments computers to Terminator robots, may have you longing for those heady days.

Uncomfortable is not the word to describe “Today’s Supernatural,” a track like an evilly, tweaked Aphex Twin remix of the novelty dance hit, “Cotton-Eyed Joe.”  Similarly troubling, is both “Father Time” and its”Kokomo,” calypso, and small town carnival mix, and “Monkey Riches,” with its randomly looped, game show sound effects.  All are plagued by Centipede Hz’s overriding aesthetic of cool sounds layered atop weird sounds, with both cool and weird being layered too often and too loudly.  It’s as if the small town carnival of “Father Time,” lost its rings, and each performer was free to wow the crowd on the cramped big top floor with flying knives of knife throwers flying into fire eaters, fire eaters torching the rainbow wigs of the clowns, and the clowns and their water spouting flowers incapable of quenching the looming catastrophe.  How can one be awed when every second, every note, is itself a brutish attempt to inspire?

In writing for Stereogrum, Alex Tatusian talks of the possibility of a record so excellent we don’t understand it yet.  Of course, there’s a second possibility when discussing an album so dense and so confounding that it proves itself to be impenetrable to any human understanding.  Shit.  And I’m going with the latter.  3 out of 10 on The Rockometer.