Warning: "continue" targeting switch is equivalent to "break". Did you mean to use "continue 2"? in /nfs/c06/h01/mnt/88637/domains/blog.irockcleveland.com/html/wp-includes/pomo/plural-forms.php on line 210
 I Rock Cleveland I Rock Cleveland | The Rockometer: Sun by Cat Power

The Rockometer: Sun by Cat Power 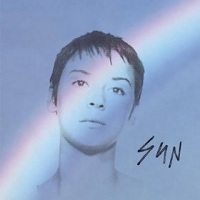 Have you ever thought to yourself, “Hmm…That Chan Marshall of Cat Power has the sexiest voice — smoky, seductive, wavering with emotion.  I bet it would be even better auto-tuned.”  Or, has this one crossed your mind? “Sure Marshall can sing, but can she rap?”  You can find those answers, as well as those to other questions no one bothered to ask on Sun, Marshall’s ninth studio album under the name Cat Power.

To be fair, Marshall’s turn as a pop-princess, one angling for the next Sunday Night Football theme song, isn’t totally unexpected.  She calls Miami home these days and Miami isn’t exactly known for its folk scene.  Miami isn’t an especially subtle city, either.  When one thinks Miami, one thinks bright, pastel colors, thumping clubs and party drugs, and tight beach bodies of the rich and famous. Some of it was bound to rub off on her.

And, some, is the operative word here.  For when the electronic effects are kept minimal, as on “Always on My Mind” and “Manhattan” the results are as stunning as anything Marshall produced with voice and acoustic guitar.  It’s when she overreaches, as on “Silent Machine,” with its borrowed Black Keys guitar melody and swaggering beats; On the 10-minute “Nothin’ But Time,” unable to be redeemed by an Iggy Pop cameo; And especially on “Peace and Love,” where she tries her hand at a pop rap, that Marshall’s Sun veers into a vanity project fit for the sunglass and expensive bag class of her new home town. Clearly, this is not the same troubled genius, prone to personal excess and crippling stress, that first endeared herself to critics. No, this is the sound of an artist still in the process of redefining herself. Such missteps should be expected. 5 out of 10 on The Rockometer.