Warning: "continue" targeting switch is equivalent to "break". Did you mean to use "continue 2"? in /nfs/c06/h01/mnt/88637/domains/blog.irockcleveland.com/html/wp-includes/pomo/plural-forms.php on line 210
 I Rock Cleveland I Rock Cleveland | The Rockometer: Coexist by The XX

The Rockometer: Coexist by The XX 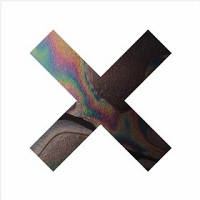 The XX’s first album, a 2009 self-titled affair, became the indie make-out album of the decade in large part due to its hushed, minimal approach to modern R&B which utilized clean guitar lines, slinky keys and whispered vocals traded between the boy-girl duo of Romy Madley-Croft and Jamie Smith. 2012’s follow-up, Coexist, will likely end up being the indie make-out album of 2012 for the very same reasons. So, if The XX’s first album got you 35 minutes of making out, then there’s no reason not to follow it with a spin of the second. That’s more than one hour of making out with minimal effort on your part. No flowers, no dinner, no booze, and no jewelery required. Just one word of warning: Be careful how you use The XX’s special make-out powers. My cats had that amorous look in their eyes Friday night. And before you say it, no, Kevin, we did not have a three-way make out. There was lots of petting and that’s it. 7 out of 10 on The Rockometer.