Warning: "continue" targeting switch is equivalent to "break". Did you mean to use "continue 2"? in /nfs/c06/h01/mnt/88637/domains/blog.irockcleveland.com/html/wp-includes/pomo/plural-forms.php on line 210
 I Rock Cleveland I Rock Cleveland | The Rockometer: All Hell by Daughn Gibson 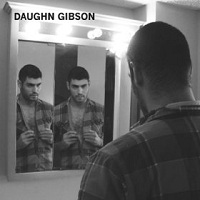 Daughn Gibson’s bio is nearly as unbelievable as his music. In introducing their recent signing, Sub Pop Records described him as a long-hauler who picked up his DIY ways from time spent in punk and metal bands. But, that golden baritone? Where did it come from? Surely, not from screaming at hard-core shows. And what about this fascination with classic country and western? There’s got to be more to the story than a fateful encounter at the Flying J where he walked in with the intention of picking up a bag of Nacho Cheese Combos, some beef jerky, and a bottle of Mountain Dew, and walked out with a stack of long forgotten CDs. It doesn’t add up.

As for the music itself, he takes his cues from the classics, perfect for that robust voice of his which alternates between Johnny Cash and Roy Orbison, Nick Cave and Ian Curtis, but first gently, then absolutely fucks with the backing tracks. Where one would expect a cleanly picked guitar, pedal steel and a sharp slap on the drum kit, one finds perfectly spaced samples and looped instrumental tracks.  Sometimes, those loops come from a gently strummed acoustic or a simple melody tapped out on piano.  Other times, the instrumentation is much more difficult to place.  Is that a toy piano, a harpsichord or something sampled from the Atari 2600?  Is that a cowboy chorus, or Gibson’s own voice manipulated beyond recognition?  Impressively, even as he takes his cues from Portishead’s incorporation of vintage spy themes into trip hop, DJ Shadow’s meticulous, cut and paste, reconstruction of hip-hop, and the wobbly, minimalistic strain of dubstep popularized by English originals Burial and James Blake, the soul of an outlaw remains.  Between the beats, you’ll encounter tales of tough living, wrong loving, long nights, and loneliness.

Maybe, we’re getting closer to an answer.  Or, maybe, All Hell is the rare album which defies easy explanation.  Totally messing with an unfancied period of American music isn’t just an outlaw thing to do, it’s punk as fuck. And maybe that’s all we need to know about Daughn Gibson, his history and his methods.  For, pick a track from All Hell, any track will do, “In the Beginning,” “A Young Girl’s World,” “Ray,” “Dandelions,” or “Rain on the Highway” and you’ll be puzzled, you’ll certainly be surprised, and ultimately mesmerized by the million dollar voice and it’s homespun accompaniment. Then soon, you’ll realize Gibson is the rarest of talents.  Free from the influence of Brooklyn, and free from the circle jerks of the online press he was able to follow his own muse down the dark highway less traveled and came out the other side with a strangely captivating album, one just now beginning to yield untold measures of fascination. 10 out of 10 on The Rockometer.