Warning: "continue" targeting switch is equivalent to "break". Did you mean to use "continue 2"? in /nfs/c06/h01/mnt/88637/domains/blog.irockcleveland.com/html/wp-includes/pomo/plural-forms.php on line 210
 I Rock Cleveland I Rock Cleveland | The Rockometer: Twins by Ty Segall

The Rockometer: Twins by Ty Segall 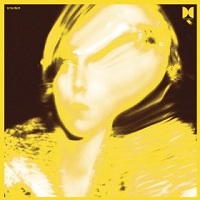 There’s also this commercial.  It was put together by Ty Segall’s label and has assorted weirdness and an explosion.  Some may prefer it over my commercial which is short on action, but direct in message.

The point being here, the young, San Fran garage-rocker, Ty Segall has released a certifiable ton of music in the past two years. 2011 saw one full-length, two singles, an EP of T-Rex tracks and a double LP, singles collection covering the years 2007-2010. Meanwhile, in 2012, Segall has put out one album with White Fence, the sensibly titled, Ty Segall and White Fence, and one album with his touring band, also sensibly titled, Ty Segall Band, to go with his newest record. And, if we were to go and rate all of the Ty Segall released over the past two years (Don’t let me down internet, I expect you to file your piece rating all Ty Segall music from 2011-2012 from best to worst, by opening of business on Friday), Twins would find itself on top of that impressive stack by virtue of combining the best impulses and best ideas found in all of those releases.

For the songcraft and tunefulness exhibited on 2011’s Goodbye Bread, see the opening track, “Thank God for Sinners,” and the closer, “There is no Tomorrow.” For the gorilla stomp, proto-punk of 2012’s Ty Segall Band, there’s “You’re the Doctor,” “They Told me Too,” and “Love Fuzz,” a number which features a guitar melody lifted straight from The Stooge’s playbook. Lastly, if you’re looking for some classic, San Francisco style, psychedelic weirdness, there’s lead single, “The Hill.” It teases Age of Aquarius, only to take the listener on a tour of the gutters and alley ways of early punk rock, instead. And, through it all, Segall plays some killer guitar. Let’s not discount the killer guitar. Whether the song is more Iggy-like than Lennon-like in terms of composition, it’s accompanied by this burly, grungy sound, cranked well beyond the vocals and rhythm section, curdling like the thick, black smoke hanging over a broken down big rig, foreshadowing a righteous boom. The only thing missing is you, online at Apple iTunes or Amazon, or at your favorite independent record store, beginning October 9th. End commercial. 10 out of 10 on The Rockometer.